Stories of inventors and their inventions: Gert-Jan Gruter and Plant-based plastic.

We all read stories about the innovators of today and how their products or services make a difference. In this series of publications, we shed light on a side that remains often dark and unknown to the public: their patented inventions and what impact they have had on other innovators across society. We did the research and summarized our findings. In this edition, we learn about Gert-Jan Gruter and his invention, plant-based plastics. 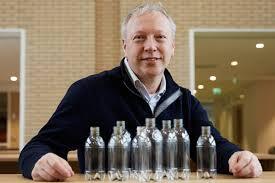 Plastic was initially entirely sourced from nature. Up until the commercialization of petro-chemical based plastic in the 1930s, bio-based plastics sourced from rubber, cellulose and even milk components were quite popular. However, over the years, the economic advantages of manufacturing plastics derived from petro-chemicals led to them being preferred and commercialised.

A Dutch chemist named Gert-Jan Gruter and his invention has brought back an economically viable version of bio-based plastics with a new process for converting plant-based sugars into a chemical building block known as furandicarboxylic acid (FDCA).

By figuring out a way to synthesise large amounts of FDCA, Gruter was able to refine it into a superior polyester known as PEF (polyethylene furanoate). Though PEF had been known for a long time before this invention, due to the lack of an economical means of production of FDCA, it was never commercialised. Thus, Gruter with his invention was able to overcome a huge roadblock that was faced by many chemists for nearly a century and a half. Using a solution of methanol alcohol instead of water and making an entirely different molecule called MMF instead of HMF, Gruter ended up with a far more stable molecule which proved easier to distil, extract, purify and ultimately oxidise into large quantities of FDCA.

Gruter graduated with a major in organic chemistry and minor in neutron activation and received his PhD in organometallic chemistry before going to work for DSM Research. Six years later, he left his job at DSM for Avantium and in 2004, was promoted to Chief Technology Officer, a position he still holds to the day. Apart from being a finalist for the European Inventor Award 2017, Gruter has also been the recipient of numerous other awards, including being named "European CTO of the year" by Spinverse and EIRMA. He is also listed as an inventor or co-inventor on more than 100 patents and patent applications in Europe and around the world. 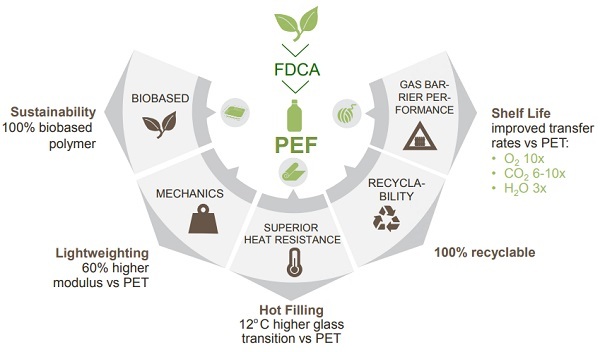 Although PEF is naturally sourced it still shares many of the traits that conventional, petro-chemical based PET has. Taking 70% less energy to make, it still has the robustness, malleability and recyclable nature of PET while offering a number of advantages over it, such as greater material integrity, which means less material is required to make the same-sized plastic bottle, more resistance and better barrier properties resulting in longer shelf life for food and beverages.