Stories of inventors and their inventions: Günter Hufschmid and Deurex Pure

We all read stories about the innovators of today and how their products or services make a difference. In this series of publications, we shed light on a side that remains often dark and unknown to the public: their patented inventions and what impact they have had on other innovators across society. We did the research and summarized our findings. In this edition, we learn about Günter Hufschmid and his invention, a wax super sponge named ‘Deurex pure’. 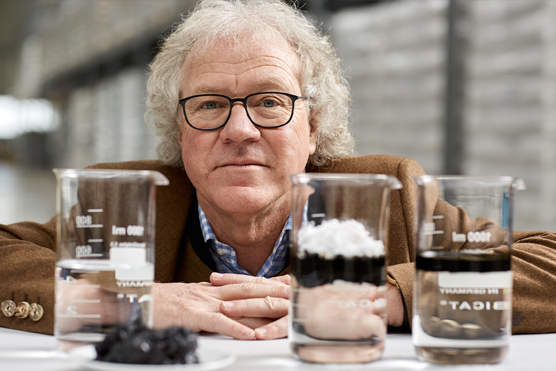 Oil spills are known to have disastrous consequences not only for the environment but as a consequence to the economy and society at large as well. And those that occur at sea are generally much more damaging than those on land since they usually spread for hundreds of nautical miles killing birds, aquatic animals and any other organisms in the vicinity and are harder to contain and clean up. Earning the title of Inventor of the year in 2017, Günter Hufschmid and his invention – a wax supersponge, aims to aid in this endeavour. 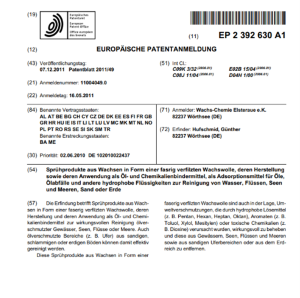 What was actually a chance discovery has now been recognised as a very effective tool in the global market for oil spill management which is growing exponentially. The invention was happened upon in 2010 by an employee at Hufschmid’s Germany-based company ‘Deurex’, which was founded to manufacture wax for paints and varnishes.

The 10 tonnes of wax cotton was then tested by the company chemist Ernst Krendlinger and due to its large surface area, it was able to absorb close to seven times its own weight in hydrophobic liquids, without absorbing any water. This fluffy, re-useable wax cotton was patented and has since been commercialised under the name ‘Deurex pure’. It is often referred to as magic floss or miracle floss in the press.

Though the oil and gas industry would be the most obvious choice of market, the Deurex pure has found great success in the wind turbine sector. The use of this wax cotton on wind turbines, which constantly lose oil, helps prevent this loss of oil while letting water through at the same time. Thus, the need to pump out the water every time it rains is removed. The product has also found use in Africa to clean polluted rivers and lakes, with fire-fighters, in water treatment, soil rehabilitation etc. This simple but extremely useful product also has the benefit of being able to be produced through a simple process which can be set up on land, at sea or even onboard ships themselves.