By: Farhan Farrukh and M.Bilal Siddique

If we imagine Earth as one big machine running on various important parts, then definitely Energy is the fuel that drives the whole world on an everyday basis. Why I refer Energy and not oil as the fuel for our whole world: is due to the fact that oil being the most important commodity in the entire world for many decades is no longer considered to be the essential source of Energy. However, still, crude oil is the most famous star in the entire world, an icon that everyone has to deal with during their lifetime. A star for money-making machines but a villain that is extracted from the mother nature and is poisonous to it. Processed in many different forms and known to some as Crude Oil (we refer to oil in this article) but to many as fuel/gas for everyday vehicles.

On April 20th the superstar took a ‘negative’ route in the United States of America (USA). The superstar went from being the hero for many investors to a villain or an unwanted character in their lives but everyone wants to know How did it happen? 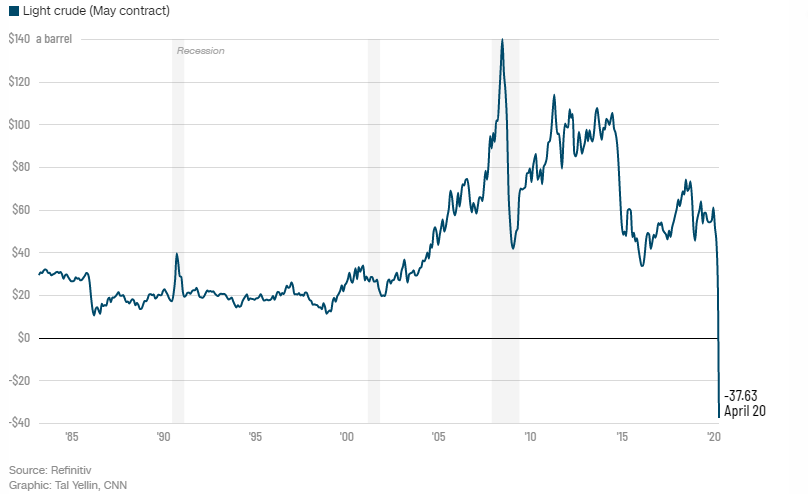 In order to understand the events of April 20th, we have to first understand a few parameters that are involved in setting the price of oil. The settlement of the oil prices works with the concept of Economics 101 i.e. Supply and Demand. The supply of the oil depends on the extraction from the ground, usually done by various countries around the globe, where Saudi Arabia, the United States, and Russia being the lead contenders. Organization of Petroleum Exporting Countries (OPEC) has been the major oil exporter for decades starting in 1960 with 13 member countries over the years (14 for some time, now some lapsed due to tensions between member countries) and in 2016 additional 10 countries created a pact led by Russia and termed as OPEC+, and the recent March discussion between OPEC and OPEC+ contributed to negative oil prices in the US (see this later).

"OPEC members control 35 percent of global oil supplies and 82 percent of proven reserves. With the addition of the 10 Non-OPEC nations, notable among them Russia, Mexico and Kazakhstan, those shares increase to 55 percent and 90 percent respectively. This affords OPEC+ a level of influence over the world economy never seen before" Ariel Cohen, Forbes

On the other hand, the demand for oil is usually driven by various applications needing processed oil in some form of Energy source to get the work done. Where the demand of oil involves several factors to be considered while estimating on a country level, Energy intensity of the economy (Units of Energy consumed per unit of Gross Domestic Product (GDP)) being one of the most common parameters used to estimate the demand for various countries.

For negative prices to occur, a common understanding is the fall in demand and increase in supply needs to occur at a rapid rate. A decrease in demand mainly occurred due to global travel bans, lockdown, and physical distancing all result of the pandemic outbreak due to the virus Covid-19. According to US Energy Information Administration, in 2018 about 69% of the total US petroleum consumption is done by the Transportation sector, and considering the travel bans and lockdowns a significant drop in this demand is observed across not only different states in the US but globally.

On 8 March 2020, Saudi Arabia initiated a price war with Russia, facilitating a 65% quarterly fall in the price of oil. In the first few weeks of March, US oil prices fell by 34%, crude oil fell by 26%, and Brent oil fell by 24%. The price war was triggered by a breakup in dialogue between the Organization of the Petroleum Exporting Countries (OPEC) and Russia over proposed oil-production cuts in the midst of the 2019–20 Covid-19 pandemic. Russia walked out of the agreement, leading to the fall of the OPEC+ alliance. Oil prices had already fallen 30% since the start of the year due to a drop in demand. The price war is one of the major causes and effects of the currently ongoing global stock-market crash. 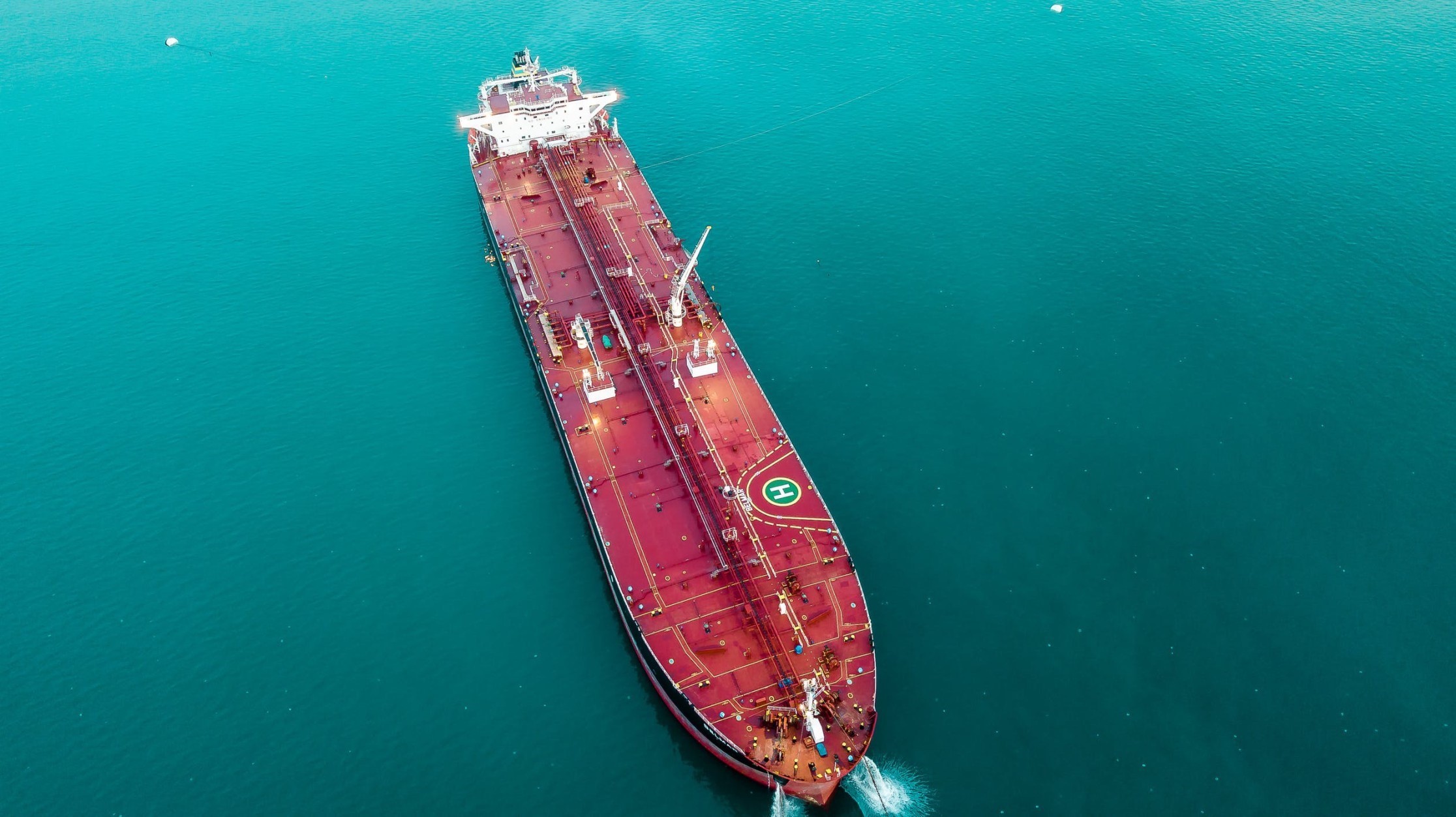 A significant increase in the global oil supply after price war resulted in a glut of oil being available on the global markets. Oil is a commodity that is usually traded on the futures exchange, meaning the traders buy the oil looking at the future demand and the transport of oil is done using the container vessels by first storing in big container terminals.  US is the country having the biggest oil storage while by April 20th due to lack of demand and not a significant cut in global supply, there was not much space expected to be left for storing oil and hence any future contract holder is not able to receive/supply the oil to another party as there might not be enough space to store it.

"Holders of May contracts were effectively willing to pay someone to get them out of their long positions...to avoid being physically delivered crude oil next month," Goldman Sachs analyst Damien Courvalin wrote in a note to clients Monday.

World had seen significant oil shocks over the number years, 1986 double production oil from Saudi Arabia resulted in a price crash. Similar events occurred in different settings in 1998 with oil traded at 11$ per barrel to the time of 2008 leading to significant recession. All the times in the history unfolds stories of different Geo-political and vested interests resulted in price shocks. However, this time the world seems to blame the common enemy called Covid-19, is it really because of a pandemic the world is seeing a price shock of oil, or are there more things happening behind closed doors?

US fracking is on track to its biggest decline ever to a reduction of as low as 60% compared to last year. While US is considered as a swing producer (a producer of oil that can influence market by managing its own supply) in recent times, with Shale Oil considered the modern winner of the oil industry. Since the Covid-19 crisis started a number of US oil companies are facing bankruptcy, Could it be all a cartel plan?

According to Rystad Energy, a $20 oil environment, 533 US oil exploration and production companies will file for bankruptcy by the end of 2021. Even in a $30 environment, more than 200 US producers will go bankrupt, Rystad said.

The economic shocks of the oil crisis together with Covid-19 are not limited to the oil industry but also several other industries are terribly affected by the recent events. Why low/neg oil prices still mean that companies are going to lose money? Should a consumer be happy that they have a cheaper source of energy?

Companies, mostly aviation industry, make long term contracts to secure the supply of oil/fuel which is fundamentally important for their business. When a sudden decrease in oil prices occur, they neither gain or lose money. They lose money due to a decrease in demand due to which they don’t need the oil they contracted earlier. Now, many of the oil consumption industry is looking to offset their loses by selling the contracted oil to another party but if the whole world is shut down, who will buy my oil?

“The numbers are so low that there will be layoffs all over the world,” Mr. Trump said at a White House news conference, in an apparent reference to oil prices. “There will be certainly layoffs in this country, and we don’t want that to happen.”

Let us take a look at the sustainable future of Europe and how one of the main instruments driving towards a low carbon future is being affected by the decline of oil prices and Covid-19. As a result of Kyoto protocol, signed in 1997 as a first global effort to set binding emissions reduction targets for industrialized countries, Europe decided to cut its emission by introducing a market-based mechanism where emitters of Carbon were bound to buy certificates, which are traded on an ongoing basis, to offset their carbon emissions. This mechanism is known as European Emissions Trading System or EU ETS and it serves as a tax for emitters and a subsidy for companies reducing their emissions. Such low prices of oil and reduced industrial production along with a certain amount of allowed emissions, or so-called emission cap, put a lot of downward pressure on the EU ETS pricing.

Learning from the aftermath of the financial crisis of 2008, when carbon prices crashed due to low industrial activity, the EU introduced some fundamental changes to ETS regime to ensure that prices of carbon permits remain sufficiently high in order to send a clear signal to the investor to put their money in renewables. The most important was the creation of an automatic mechanism of strategic reserves for ETS certificates/permits which triggers when carbon prices are lower by taking out some of the permits from the market thereby reducing the supply and driving carbon prices up. The present situation will put this mechanism to test with a renewed debate between a simple carbon tax and an emission trading system.

March, 2019 the EU carbon permit price fells to its lowest since Nov 2018. The drop started on 10th March from 24 EUR/t hit the lowest on 23 march with a 38 % price drop since 10th march. The prices have since recovered slightly but with much volatility.

The short-term prospect seems more suspect-able to speculative behavior and thus, a high degree of volatility. In the long term, with strategic reserve mechanism and European Green Deal which introduce more stringent targets for carbon emissions, the ETS prices are expected to fair higher than before and a failure to do so would put a serious dent to EU’s efforts to reduce emissions. 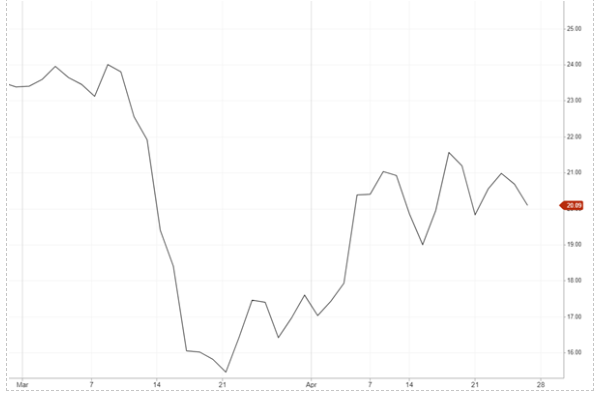 Today and the future of Energy world

Today world is seen as an unprecedented challenge on how to deal with a pandemic and at the same time save the economy. For the latter a joint effort has been created by the biggest oil-producing countries and anew pact with OPEC+ is expected by the 1st of May, 2020. Meanwhile, Saudi Arabia one of the biggest producers of oil, has made one of the biggest cuts in its production of up to 10% and while the global oil supply is expected to go down by 23bpd for the months of May and June. Will it solve the mystery or should we keep some empty cans to fill when there is another negative price? 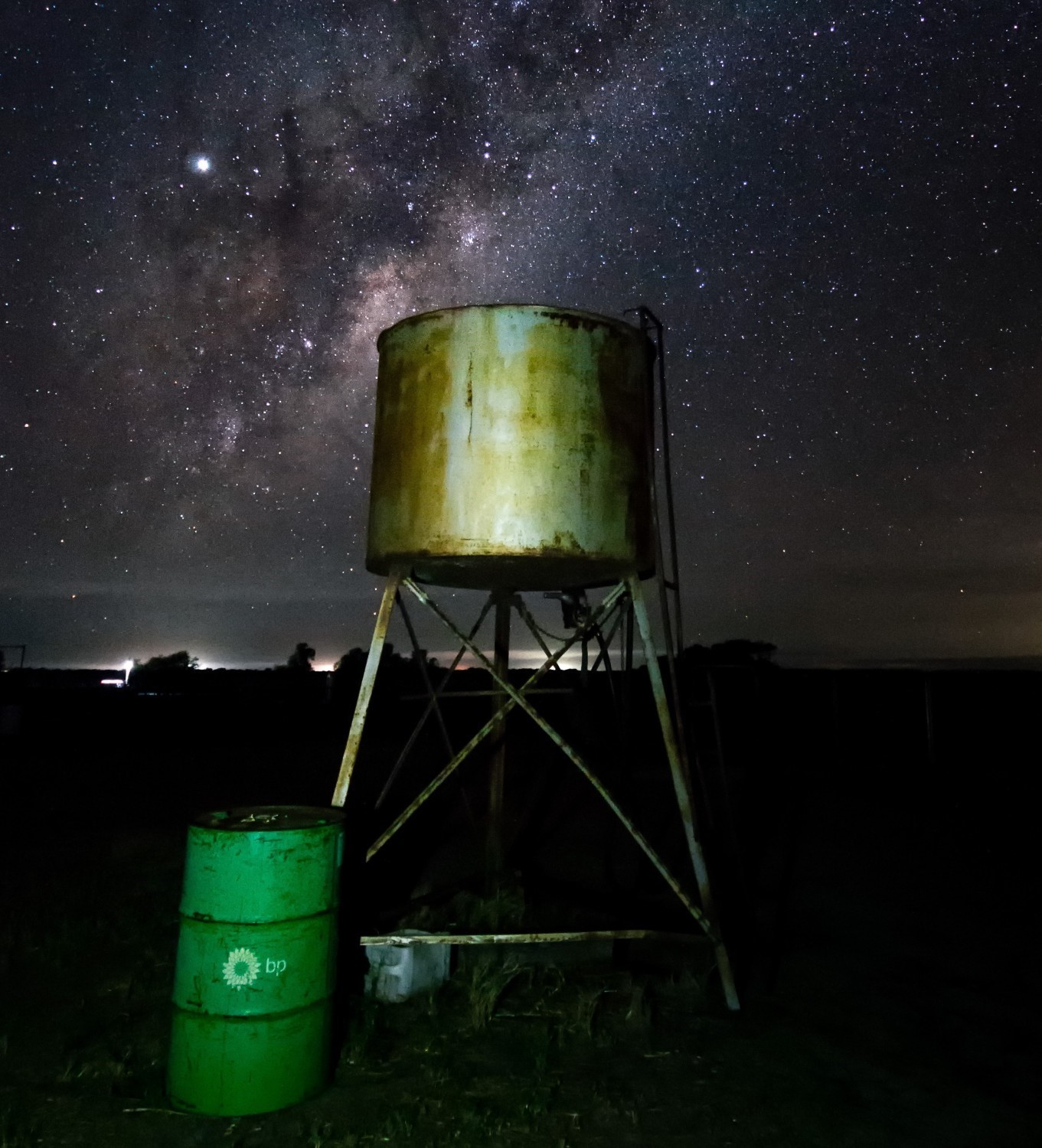 There is no direct answer to whether there will be a negative price occurring in the near future or not but one thing is a known fact no scenario or prediction will remain valid for the future of the oil industry. The measures of lockdown are not lifted completely in many parts of the world and are expected to be the same for many months to come, with countries such as Australia announcing bans on international visitors till October of 2020 and many other countries following the same pattern. What is the future for the oil sector or is there any?

This brings back us to the start of this article where we mentioned that oil is not the only energy source in the world but is (or was?) a popular one. The world is getting ready for a major shift in the future of economic growth, EU has already announced a more focused recovery plan on a sustainable future with full support towards EU Green Deal. Many oil companies in US filing for bankruptcy and US presidential elections coming up as well. All together should force a solidarity movement towards Climate Change maybe not as strong as the one seen against Covid-19. We would like to leave you with this question: Would you like to live in a world where there is no oil?