Stories of inventors and their inventions: Cornelis Drebbel and his circulating oven. 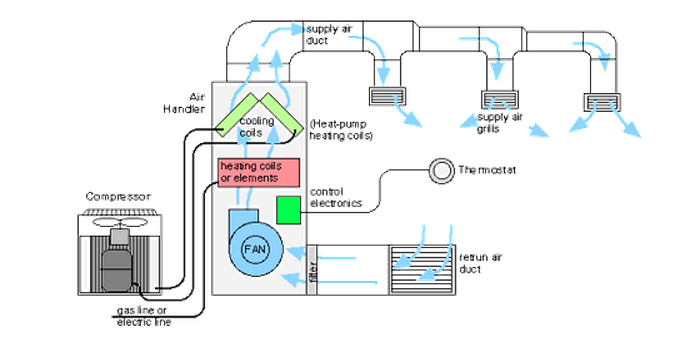 Although smart buildings seem to be a trend that has picked up only over the last few years, it is a concept that can be traced back to the 17th century at least. It was then that one of the earliest identified forerunners of the HVAC systems, involving just a simple thermometer, was developed by Cornelis Drebbel.

Cornelis Jacobszoon Drebbel was a Dutch engineer and one of the most notable inventors of all time. Although he began working as a painter and engraver, he

Apart from the ‘circulating oven’, he is also credited with being the builder of the first navigable submarine, designing a type of solar energy system for London, demonstrating air-conditioning and developing fountains and a freshwater supply for the city of Middelburg. He also developed prototypes of the barometer and thermostat. He is also credited with the discovery of a method of making sulfuric acid by the oxidation of sulfur. Drebbel died in London on 7 November 1633.

‘Drebbel’s circulating oven’ was, in essence, the forerunner of modern-day air circulatory systems. It was a contraption in which a sensor detected changes in the output of a system and accordingly modified the input to correct for those changes and bring the system back to its original state. Thus, it regulated itself with what seems to be the earliest versions of a feedback loop, making it one of the first devices that enabled a machine to have control over a process, paving the way for automation and the smart machines of today. Due to the absence of a strong IP system, plagiarism was rampant at that time and it was possibly as an attempt to protect his device that Drebbel never publicly described the mechanics behind his circulating oven.

As the world turns its focus onto creating more sustainable habits and choices, the building industry seems to be adapting too. This field has already seen significant development, with the focus being on smart technologies linked to HVAC systems to control systems, inform users, and contribute to more energy efficient operation and users behaviour. The systems are fitted with sensors that monitor various factors such as temperature, humidity, presence of occupants, air and water flow rates, pressures, electricity or gas consumption, etc.  From big companies such as Daikin, Honeywell, Johnson Controls and LG to start-ups such as ThermoSmart – a company that works with smart wifi thermostats, Cloud Energy Optimizer – a company that works on devices to predict the energy demand in a building and deploy energy resources accordingly, the field is growing in size and technology every day and with the rapid penetration of the Internet Of Things (IoT), there seems to be no limit to the potential for development in this sector.