What Is Holding Back Blockchain Energy Grids? 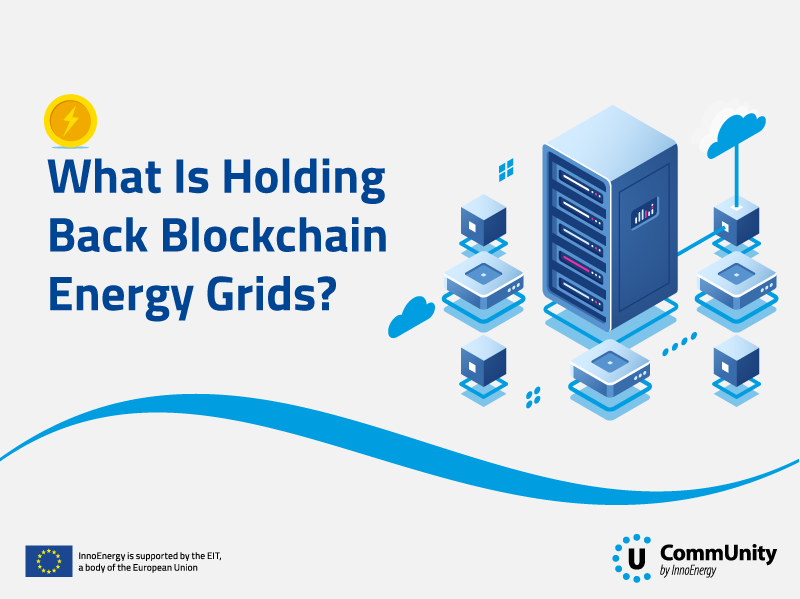 Over the last few years, blockchain has grown from a low-key tech concept to a major topic in several influential conference rooms. With hopes of revolutionizing financial transactions, standards for transparency, and peer-to-peer communication without supervision, it has also triggered fantasies in the energy industry.

Yet, regardless of the number of discussions, we are still lacking use cases. With so many high hopes, what is hindering blockchain adoption in the energy sector?

Distributed ledger technologies like blockchain can fundamentally change the nature of energy trading. It would allow for peer-to-peer transactions with lower costs than today’s and provide full transparency to all parties.

These prospects have been intriguing both for big corporations and novel entrepreneurs too. According to research by the World Energy Council and PwC in 2018:

Despite many initiatives, there is still no sign of large-scale adoption of blockchain powered energy markets. Implementation of the technology on a practical scale has met with several challenges:

One of the key challenges of blockchain technology today is maintaining the speed and sustainability of a growing network, while not sacrificing security or decentralization. While there is plenty of research for a consensus algorithm that could provide all of these attributes, no solution has arisen yet without significant trade-offs. At the moment, early adopters do not have a clear long-term perspective of the exact capabilities and drawbacks of the different consensus algorithms at scale.

Blockchain itself should be resistant to different malicious attacks, and there are some risks coming from the lack of experience using this technology. While Bitcoin managed to evade attack during the time of its 11-year existence, the Ethereum chain has suffered numerous security breaches. In all fairness, these did not originate from the blockchain itself, but often from the attached applications such as smart contracts and wallets. The security of the whole ecosystem will need to be proven to achieve mass adoption.

No proof of concept

While many projects in and out of the energy sector have already completed proofs-of-concept, further testing is necessary to achieve operational and performance objectives. These can include the ability to process thousands of transactions per second in the shortest amount of time while keeping smooth operations between the different nodes.

Distributed ledger technologies can bring along significant cost-savings by eliminating the intermediaries in transaction. Yet, right now the high development costs do not level up to the possible savings through the technology. Other solutions based on traditional technologies have significantly lower costs of development and implementation. For example, energy transactions can be recorded in conventional databases, which are programmed to recognize relationships between data. These solutions are largely available and less costly to operate - although they do not provide the immutability or transparency of data.

One of the key obstacles from mainstream blockchain adoption in the energy sector is the existing regulatory regime. For example, current frameworks do not allow consumer-to-consumer electricity trading. New contract types will be necessary to allow trading between prosumers and consumers. The new framework will also need to redefine the heavily supervised energy tariffs to a more flexible structure, and include local- and micro-grids in the policies.

Data and privacy regulations will also need to be reconsidered. For example, while the new GDPR regulation gives the consumer the right to be forgotten, blockchain's immutability makes it impossible to remove past data.

Through the emerging nature of blockchain technology, widely different protocols are being developed, without a clear view of which ones will succeed in specific use cases. For the technology to become widely adopted standards will need to be established, ensuring the interoperability between different systems.

Blockchain as an emerging technology, despite a few use cases such as cryptocurrencies, is still in its infancy. Significant developments are carried out almost on a daily basis, and more institutions in and out of the energy sector are getting involved. The question, then, is not whether the challenges to blockchain-enabled grids will be solved, but when.