Electric Vehicle Batteries – What is Under the Hood? 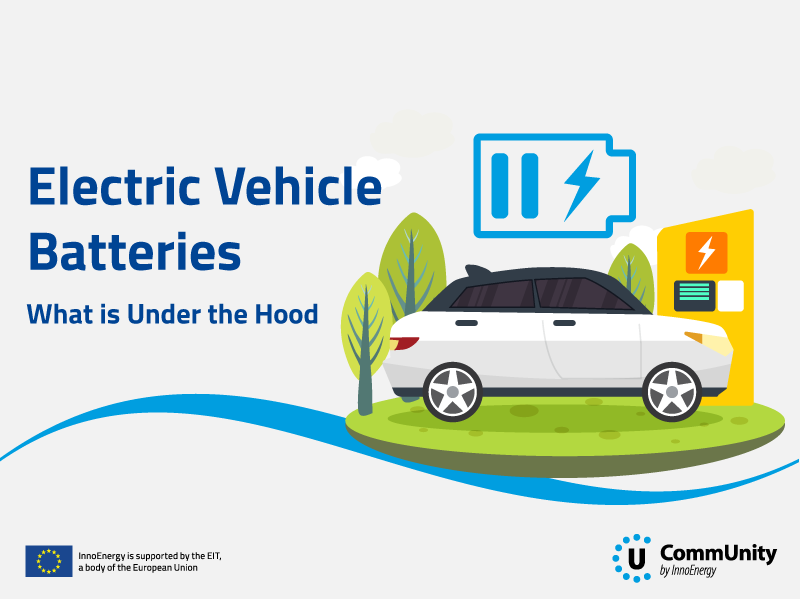 Let's forget about petrol — the future of mobility lies in electric vehicles. While China is the current leader in the electric vehicle market, the US and the rest of the world are quickly picking up the pace. According to the International Energy Agency, there will be over 125 million electric vehicles in the world by the year 2030.

Many European countries have already taken a step toward the zero-emission goal. For instance, Germany has plans to stop the sale of new petrol and diesel cars from 2030. Scotland will stop selling diesel and petrol vehicles from 2032, while France and the UK will get on board in 2040. Manufacturers are racing head-to-head in experimenting with different electric vehicle battery technologies to achieve better performance than before, extended lifespans, and longer ranges.

These four important trends are shaping now the battery development of the future:

The US Army has shown interest in developing new battery technology that caught the eye of a Tesla battery expert, Jeff Dahn. A recent study published in the journal Nature confirms that the researchers from the University of Maryland and the CCDC Army Research Laboratory are working together on a new chemistry for cathodes: an aqueous Li-ion battery enabled by halogen conversion–intercalation chemistry in graphite. By coupling this cathode with a passivated graphite anode, they create a 4-volt-class aqueous Li-ion full cell with an energy density of 460 watt-hours per kilogram of total composite electrode and about 100 percent Coulombic efficiency.

While the US Army’s primary goal is to create a robust energy source for soldiers on the battlefield, an innovation like this could be applied broadly in daily life for portable electronics and electric vehicles. Tesla’s Jeff Dahn claims that this is the most creative battery technology that he had seen in the last ten years.

The majority of electric vehicle models produced to date rely on large batteries for energy storage. However, according to EE News Power Management, battery trends are changing. Bytesnap predicts that electric vehicles with small batteries are going to become a more popular choice for urban driving in the upcoming years.

According to EE News, an electric car would only need a 45-mile range to satisfy the needs of an urban driver in the UK. These statistics seem to eliminate the need for large vehicle batteries in urban communities. However, the trend also implies changes in urban infrastructure: cities will require an increase in the number of charge points they offer.

#3 Innolith Creates a Battery With a 600 Miles Range

The creative engineers at Innolith, a Swiss startup developing electric vehicles, claim that they have reached a long-awaited breakthrough in battery technology. Namely, they have created a battery that would expand a vehicle’s reach from 300 to 600 miles. In contrast, Tesla’s most expensive electric vehicle models have a range of 330 miles depending on the model. This means that the Swiss startup might have created the world’s first 1000 Wh/Kg batteries.

What makes Innolith’s batteries special is the combination of “wet” liquid electrolytes with an inorganic substance that is less flammable than the organic ones. This technology removes the risk of fire and makes it possible to build a compact battery that can store a lot more energy. “It’s basically, in rough numbers, four times the current state-of-the-art for lithium-ion... Roughly three times what is generally accepted as being the next improvement in lithium. And it’s two times the energy density target [that] organizations like the US Department of Energy have set. So this is a big deal,” said Innolith’s chairman, Alan Greenshields, in an interview with The Verge.

The fastest electric vehicle chargers can currently recharge a car in about 30 minutes, whereas a standard outlet takes up to 12 hours. In an attempt to resolve this issue, researchers at The University of Glasgow have come up with an innovative idea to use nano molecules allowing energy to be stored more efficiently in the form of gas or hydrogen. The technology uses a metal oxide that can be charged with electricity when added to water – known as “exotic rust.” The way it would be applied is very simple: drivers would have to remove the used liquid from the car using a special nozzle at the charging station. Then they would refill the car with fresh liquid from the second nozzle. This would allow the car to recharge within minutes and the vehicle’s batteries would not age as fast as they do now.

With the rising demand for electric vehicles the innovation of batteries has never been so important or lucrative. Plenty of scientists, startups and institutions set out the challenge the status quo and produce the next leap in the history of storing energy. However, battery ventures are difficult bets, as innovation in material sciences is hard and the failure rate is higher than with regular software startups. Battery chemists struggle to achieve balance in elevating one element of performance without damaging the rest; for example, by increasing energy density without decreasing safety. It is also true, according to MIT professor Yet-Ming Chiang, that there are about three times as many battery scientists as 10 years ago, which means that with more eyes on the same problem we are bound to leverage some breakthrough in battery technology soon.

Within 20 years, manufacturer- and consumer-momentum may see the number of electric vehicles on roads on par with the fossil fuel dinosaurs that have defined the industrial age.

COP Series: Chile steps up to fill the void left by Brazil