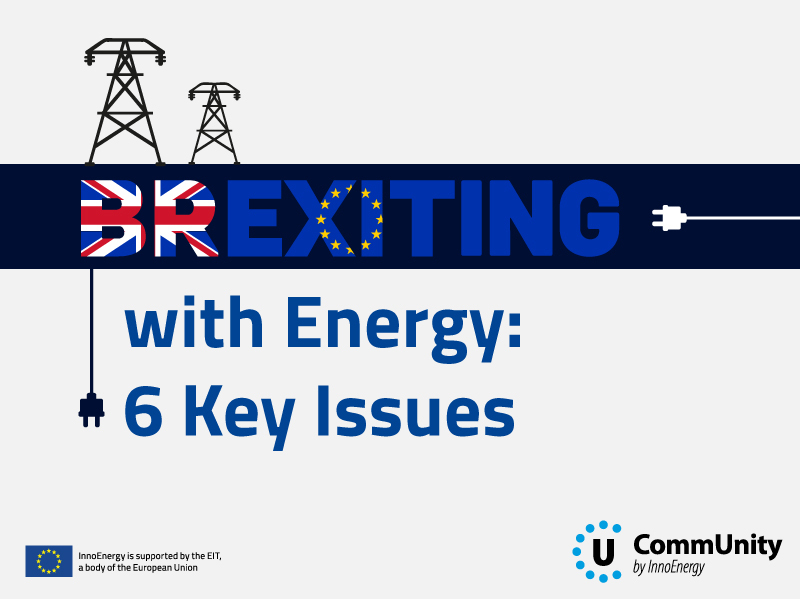 Since 2016, the United Kingdom and the European Union have been sucked into the turmoil of interminable discussions on how to cut the ties between the island nation and the Continent. One of the key areas certain to change is the highly intertwined energy market in the UK and the EU.

The current EU energy policy has so far defined the UK’s energy trading position. For instance, the relationship defines the quota of energy exported between EU members and sub-sea trading of gas via interconnectors to membership in the European Atomic Energy Community (Euratom) are just two of the myriad issues to thrash out. Regulators are now responsible for rethinking how each aspect of this complex relationship changes when the UK leaves the EU --  - with or without a deal.

Currently, energy and gas are traded tariff-free between the UK and the EU. The arrangement helps the free flow of energy with few additional charges. The UK imports 36 percent of its energy needs. As the imports come from the EU, the UK does not have to pay any duties on the supplies. That may change post-Brexit.

It is not just tariff-free trade that ensures lower energy costs in the UK: EU practices encourage cross-border or joint optimization of dispatch. This means that underutilised capacity in a country where energy prices are lower can be increased and displace more expensive production in another country. Optimization of this sort provides significant benefits to the UK, as wholesale electricity prices can be 50% higher on the Isles than on the Continent.

The fate of the UK energy market largely depends on the withdrawal agreement that negotiators strike with the EU. While leaving the Integral Energy Market (IEM) is not a direct requirement for Brexit, the UK could be prevented from trading gas and electricity freely with the EU. In this case, the additional costs of tariffs and loss of optimization could impose a £160-220 million pound cost by early 2020 on the UK economy, according to a study by Vivid Economics.

Concerns are even higher when it comes to the gas market of the UK during high-demand in winter. According to Marco Alvera, head of the European industry body GasNaturally, the UK would be vulnerable to price hikes and supply shortages after Brexit. Natural gas is an important source of UK energy: almost 39% of the UK's energy was generated from gas last year, while half of the gas was imported from the EU. After the UK leaves the EU, the remaining European nations would also have the possibility of imposing tariffs on their gas supply traded to the UK.

The UK is connected via 4 sub-sea interconnectors to mainland Europe, which helps to transport both electricity and gas. These interconnectors are crucial in the EU power system, as regulations state that each country must be able to export a certain portion of their energy. New interconnectors are under construction or planned.

The IFA 2 connector (marked 8 on the below graphic) is proceeding as planned with the development, although any delays with these year-long projects could raise costs heavily. There are other six projects that the UK has planned with other countries on the continent, plus two with Iceland and Norway. The fate of the projects after Brexit is unknown.

The ACER has a legal mandate to coordinate and integrate the EU energy market to achieve maximum efficiency. ENTSO-E and -G are responsible for planning the energy infrastructure for the EU and for developing EU-wide legislation and network codes.

Leaving the EU should not automatically mean leaving the IEM; hence, the UK could still participate in the tariff-free and optimized EU energy market. However, the UK would need to re-apply to the ENTSO-E and -G associations. Renegotiating the agreements and the compliance processes could take a significant amount of time. ACER is not open to non-member states, hence the UK would not have the possibility to vote on regulatory questions.

If the UK leaves the European Union without a deal, memberships in these organizations would be discontinued. The UK would have to rely on more costly energy production within the country. This could mean rising prices for end consumers.

All-in-all, the UK is facing the choice of staying within the IEM, which means compliance with EU regulations (without being able to weigh in on them fully) or choose a more costly but independent path.

Nuclear energy is a key element of the British energy industry. It has created 21% of the UK's energy supply in 2015, and the government has also indicated continued support for the industry.

The British government has ruled out continuing full membership in the Euratom, regardless of the Brexit deal. They have instead adapted Euratom regulations independently for safeguarding and controlling nuclear material both for energy production and medical use. In the future, they would prefer to create a form of "associate membership" with Euratom. The relationship would allow for the ongoing import of nuclear materials from the EU. While arrangement has still to be defined, the UK has signed Nuclear Cooperation Agreements with the United States, Canada, Japan, and Australia.

Connecting Europe Facility (CEF) is a collective fund within the EU. The group maintains a 40 billion euro purse for energy development projects, such as interconnectors, energy under-sea broadband cables, ports, and motorways. Leaving the EU would mean discontinued access to financial resources from this deep wallet.

How the UK leaves the European Energy Market affects not just themselves, but their close neighbor Ireland.

The Single Electricity Market (SEM), which exists between Ireland and Northern Ireland, is the most integrated network within the EU. The two regions heavily rely on each other to balance their supplies. According to UK government officials, the SEM will continue, deal or no deal. However, in a no-deal scenario, efficiencies will be reduced as the arrangement will be divorced from the larger market. Another key consideration for Ireland is the lack of interconnectors to mainland Europe.

To date, Ireland has two electricity and one gas sub-sea interconnector to the UK. The connection provides an opportunity for Ireland to continue energy trade with the rest of Europe.  The EU Commission has approved the development of a new connector between France and Ireland in order to bypass the UK and the risk of supply disruption to Ireland.

The so-called Celtic Interconnector was approved in May 2019 at the cost of 930 million EUR, although the EU could provide financial support of up to 60% of the costs. Project architects plan to complete the project by 2026.  The completion date implies lingering uncertainty about how Ireland will handle balancing its energy supply with the UK until then.

Time is running out to define how energy will flow between the United Kingdom and the European Union after Brexit. The deadline of 31st of October 2019 is fast approaching, but there are still just as many uncertainties in how this convoluted separation will go through in practice. While regulators make up their mind, citizens of both the UK and Ireland can just hope that the political decisions will not increase their energy bills.

Electric Vehicle Batteries – What is Under the Hood?

Stories of Inventors and their Inventions: Andre Geim and Kostya Novoselov