Milky, gray smog shrouds many of the valleys and lowlands of eastern China in January 2017. The orange star marks the location of Beijing. (Photograph: Nasa Earth Observatory)

The air in Beijing is often very bad. The city sinks under a brown cover made of exhaust gases from industry, cars and coal fires, which blow a lot of harmful particulate matter, soot, sulfur dioxide and nitrogen oxides into the air.

The dirty air causes massive damage to human health. According to the World Health Organisation (WHO), air pollution contributes to around 1.6 million premature deaths per year in China alone, and over 7 million worldwide. Victims suffer strokes, heart attacks or lung diseases.

China has therefore begun to introduce tough measures to combat air pollution, also as a way to curb CO2 emissions. Among other things, the government has invested heavily in the deployment of emission-free solar power and plans to expand photovoltaic systems even more in the future. But at the moment, air pollution in China is still high, and smog not only damages health but also reduces the solar radiation that reaches the ground. This in turn significantly reduces the power output of existing photovoltaic systems.

The solar energy industry would therefore benefit greatly from clean air, as researcher Mercè Labordena and her colleagues from the Climate Policy group at ETH Zurich have shown in a study just published in the journal PLOS ONE.

The researchers calculated that in the year 2040 China could provide 85 to 158 terawatt hours of additional electricity per year with today’s photovoltaic systems and those that will have been built by then. However, this would be possible only if emissions from all sectors – power, transport, industry, households – are completely eliminated. The additional production would be at least one third greater than Switzerland’s current electricity requirements and would generate up to 10.1 billion US dollars more for the Chinese electricity industry from solar power generation.

According to the model, solar radiation would increase by an average of 11 percent nationwide as a result of strict air pollution control measures. This would allow solar cells to generate one tenth more electricity.

However, the potential for growth is not the same in all parts of the country. For example, solar radiation in Beijing would increase by only 8 percent, but in central Chinese provinces such as Chongqing, the rate would be 26 percent. 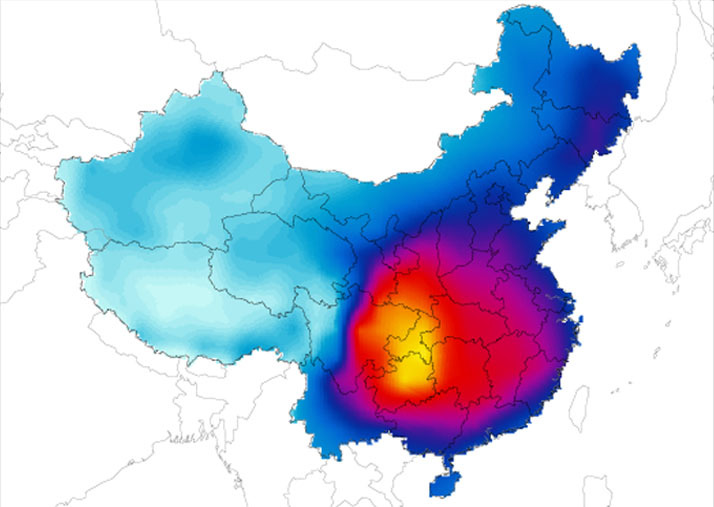 Increase in surface solar irradiance in percent (yellow: 30%, light blue: 0%), in case the emissions from all sectors can be reduced completely. (from: Labordena et al, 2018, Plos One) 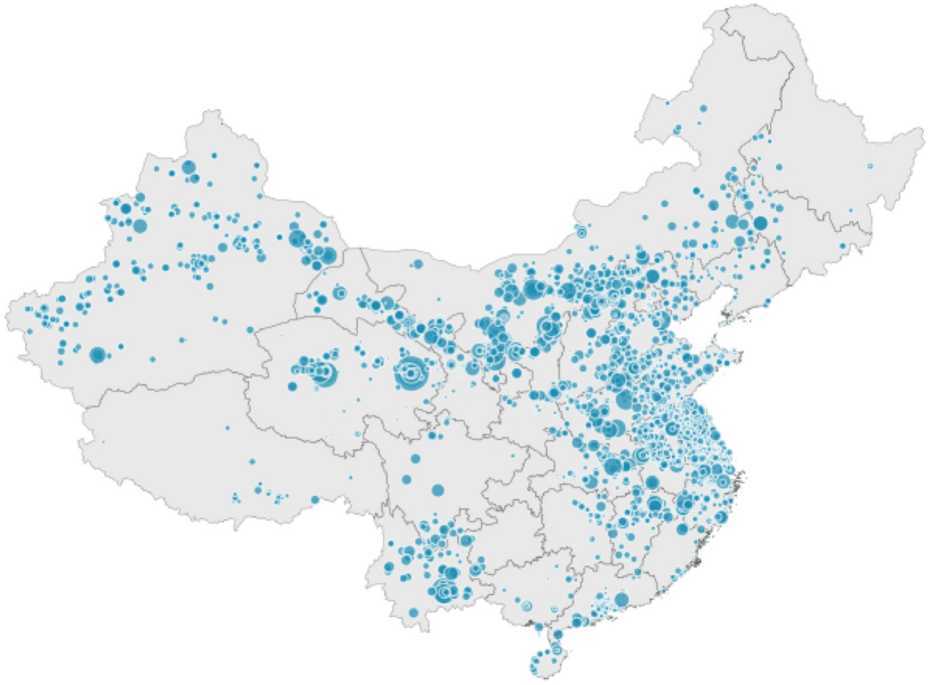 Labordena and her colleagues also calculated the cost of introducing best-practice emission standards in all sectors of the economy. The researchers found that revenue from increased photovoltaic generation could cover 13 to 17 percent of the cost of the stringent air pollution control measures necessary to achieve the zero-emission target.

“Our figures could be good news for investors,” she continued. If the air were free of pollution, their investments would pay off more quickly, freeing up money for the further expansion of photovoltaics, she says.

In the near future, the solar investors who could benefit the most from the government applying stringent air pollution control measures are those on the east coast, where solar expansion is growing the fastest.

This leads Labordena to conclude that reducing air pollution in the populous cities on the east coast would not only benefit public health, but also accelerate the transition to renewable energy and the fight against global warming.