Moving the world to renewable energy is hard: how AI can smooth the process

In the previous article about Artificial Intelligence in the energy sector we’ve seen some of the scenarios in which AI can be a great asset. Today we’ll zoom in one of the toughest challenges that not only the energy sector, but the whole world is facing and how AI can help.

Several environmental, economical, and political factors are making a compelling case to reduce fossil fuels consumption. As described in the IPCC (Intergovernamental Panel on Climate Change) 2014 report [1], the environmental situation we’re in now is worrying, and “extremely likely” to be caused by human intervention:

“Anthropogenic greenhouse gas emissions have increased since the pre-industrial era, driven largely by economic and population growth, and are now higher than ever. This has led to atmospheric concentrations of carbon dioxide, methane and nitrous oxide that are unprecedented in at least the last 800,000 years. Their effects, together with those of other anthropogenic drivers, have been detected throughout the climate system and are extremely likely to have been the dominant cause of the observed warming since the mid-20th century.

The scenario is clear: the shift from fossil fuels to renewable resources is absolutely necessary to stop global warming and preserve our planet. Luckily, the process has already started, and It’s accelerating fast.

In fact, environmental issues are not the only driver to push the adoption of renewable resources: also technological progress and institutional initiatives are making the switch a great economic opportunity both for businesses and for individuals. 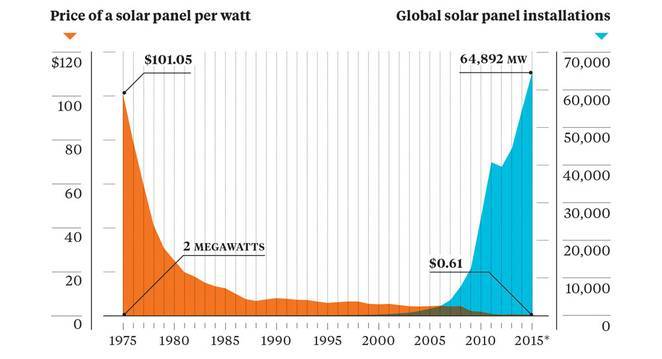 Photovoltaic panels price and installations from 1975 to 2015. Source: Bloomberg

But such a major shift doesn’t come for free:  as the amount of energy generated through renewable resources increases, so do the challenges. We know that the mother equation of the energy market is “demand of energy = energy produced”. In a 100% fossil fuel world, balancing the equation wasn’t very hard: predict the demand and produce energy accordingly. 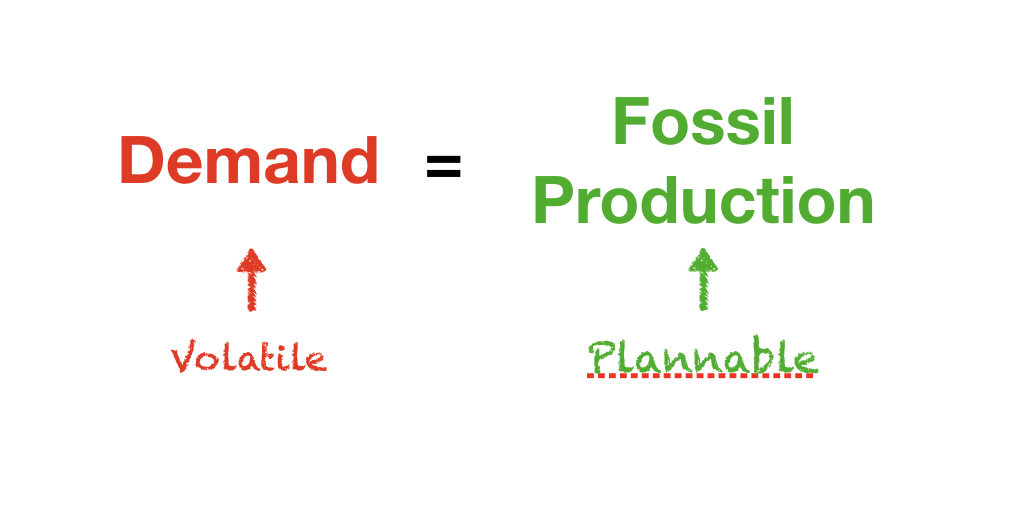 Now, add renewables. The two most used renewable resources (wind and solar) are a non-deterministic phenomenon since they depend from meteorological factors, and predicting these factors is not always accurate. Notice the huge difference with the old scenario: the unpredictability is not anymore on the demand side, but on the production one!

This means that we now need to account for sources of unpredictability on both sides of the equation: from the demand side because of natural fluctuations of energy usage from users, and from the production side because of renewables production.

A mistake in forecasting can “break” the “demand=production” equation, with consequent risks of blackouts and increasing costs to align the produced energy to the actual demand. This is not small business: In and old paper from 1985, it has been evaluated for the UK case that a 1% increase in forecasting error could cause a £10 million increase in operating costs [2].

Notice how this is not an engineering problem: it’s a data problem. Artificial Intelligence really shines when there are complex phenomenons for which we can collect tons of data for, and predict some output. In this scenario, AI’s impact is twofold:

There are already many examples of these applications [3-4-5-6-7-8-9-10-11-12-13-14] with great results: AI has overachieved other traditional methods for accuracy and simplicity.

Being able to predict accurately how much energy will be produced by renewables resources at any given time greatly helps with the so-called “energy trilemma”, that states that we can’t have energy that is at the same time cheap, clean, and reliable. Renewable energy is clean by definition, with technological progress is becoming cheap, and thanks to AI the whole system can become more predictable, and therefore more reliable.

The impact for utilities is huge: they can better allocate resources and choose the best mix of energy to meet the demand, increasing their efficiency.

Being able to predict how much energy will be produced in a certain place has another huge impact on the diffusion of renewables: it allows to identify the very best locations where to install new plants. This is especially true for solar radiation, since the instrumentation used to measure solar radiation is complex, expensive, and not always present across the globe. Research has shown great performances of AI in using commonly available meteorological parameters (temperature, humidity, wind speed, etc.) to predict solar radiation at a certain place, without any fancy equipment needed. This means that businesses and individuals have a higher confidence of the ROI they would get out of the investment of installing PV panels, making solar energy an even more safe and profitable investment.

To conclude, Artificial Intelligence is a natural fit for the problems that arise with renewable resources: predicting their energy production and therefore achieving a better demand response management and better resources allocation.

To gain a better understanding of how AI works in this specific case, we organized a one-hour webinar, where we will dig even deeper into how AI can be integrated in the energy sector, and help you understand better the magnitude of the revolution that it can bring.