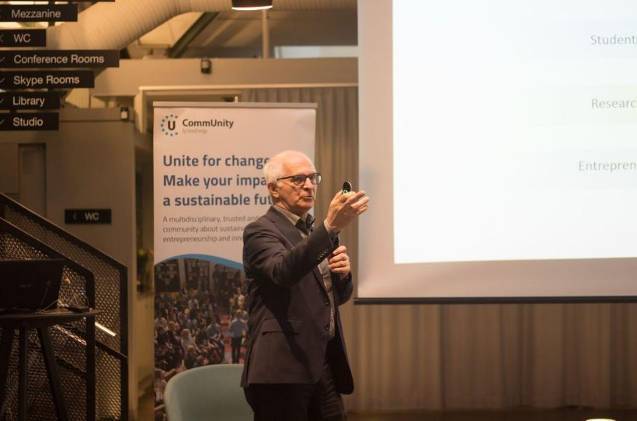 On the 26th of April, the Stockholm CommUnity organised a panel discussion linked to the “Energy policy” initiative on the theme of battery storage regulations. The title itself represents the core of the discussion, whether energy policies in Europe serve as a stimulation or an obstacle for the players involved in the sector. For this reason, we invited, InnoEnergy thematic leader for and, Martin Anderlind, Head of Business development at Northvolt, and Alexandra Andersson, Project Manager in Power Circle. The event took place at Norrsken House in the centre of Stockholm and was welcomed by an enthusiastic audience of 50+ attendees composed of young professionals, InnoEnergy alumni and students.

The event was kick-started by our local CommUnity manager, that introduced the and the initiative to the audience. This initiative started in 2016 with the aim of educating professionals and students on the latest European energy policies. As a result of the programme, two master classes were created in Bruxelles as well as related CommUnity events in Lisbon, Barcelona, and now Stockholm.

Laura's introduction was followed by Bo Normark, the event moderator, who explained what InnoEnergy represents in Europe in terms of innovation, education and business creation. The presentation introduced the latest storage trends worldwide, energy policies in Europe and their different interpretations throughout European countries. During his presentation, Bo explained that, in February 2017, InnoEnergy was given the task by the European Union to develop a European strategy for battery storage starting from raw materials all the way up to recycling--or ‘cradle to cradle’. The European Battery Alliance was then created which is currently composed of 100+ industrial stakeholders with the common goal of developing a European battery storage market. 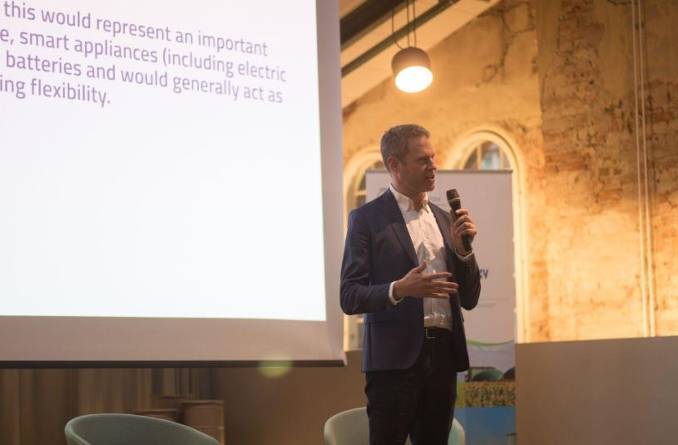 After this detailed introduction, the main portion of the event began with the presentation of the two panellists. Martin Anderlind introduced Northvolt's ambition to become the first European battery cell manufacturer and the producers of the cleanest battery storage solution in the world. Then, Alexandra Andersson talked about her work in Power Circle, which is a public interest organisation dealing with electrification and storage solutions for sustainable energy. Power Circle gathers a network of 60 energy companies with the aim of investigating and demonstrating the role of electricity in creating a sustainable energy system. 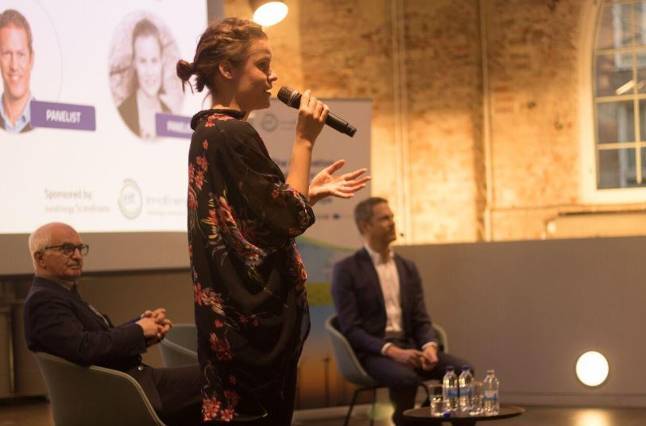 The panel discussion started questioning which are the main obstacles hindering storage development, knowledge or regulations and followed by analysing the reaction to new technologies of traditional electricity companies compared to startups and entrepreneurs. Significant obstacles were identified in regulations regarding ‘grey areas’ and taxing systems. Additionally, the speakers highlighted the role that new startups with an entrepreneurial mindset could play in the future electricity system. The speakers identified different sectors where energy storage could have the biggest impact (from mining to the electricity grid) and outlined a potential future roadmap for the European market. Throughout the whole event, the discussion was dynamic thanks to the juxtaposition of the two different points of view brought by our speakers: Martin was more business oriented and Alexandra had closer contact with public institutions, regulations and big electricity companies. The panel discussion was followed by a rich Q&A session where the speakers answered the numerous questions from the audience ranging from technological specifications to market structure. 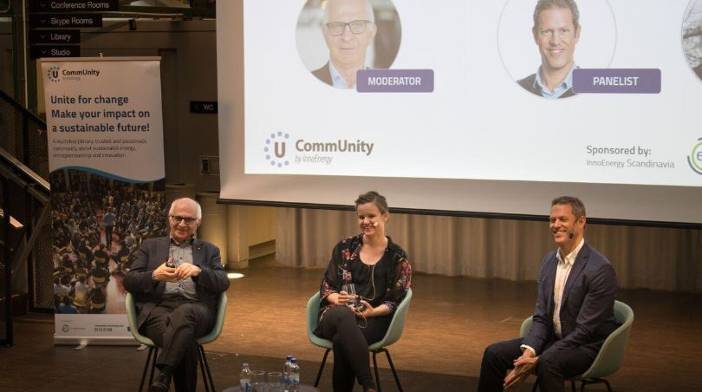 The panellists: from left to right Bo Normark, Alexandra Andersson and Martin Anderlin

The atmosphere during the networking session that followed the event was particularly active with various groups discussing the takeaways of the panel together with the professionals that were attending the event. The final impression is that battery storage will affect every sector that is dealing with energy and it will create numerous opportunities for innovative companies and startups thanks to the support of the ambitions of the European Commission. 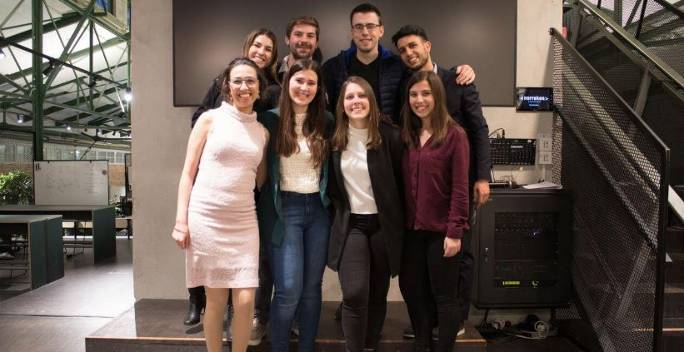 COP24 Series Intro: A Race We Can Win