The silent revolution in electric mobility: The Curious Case of Electric Rickshaws in India 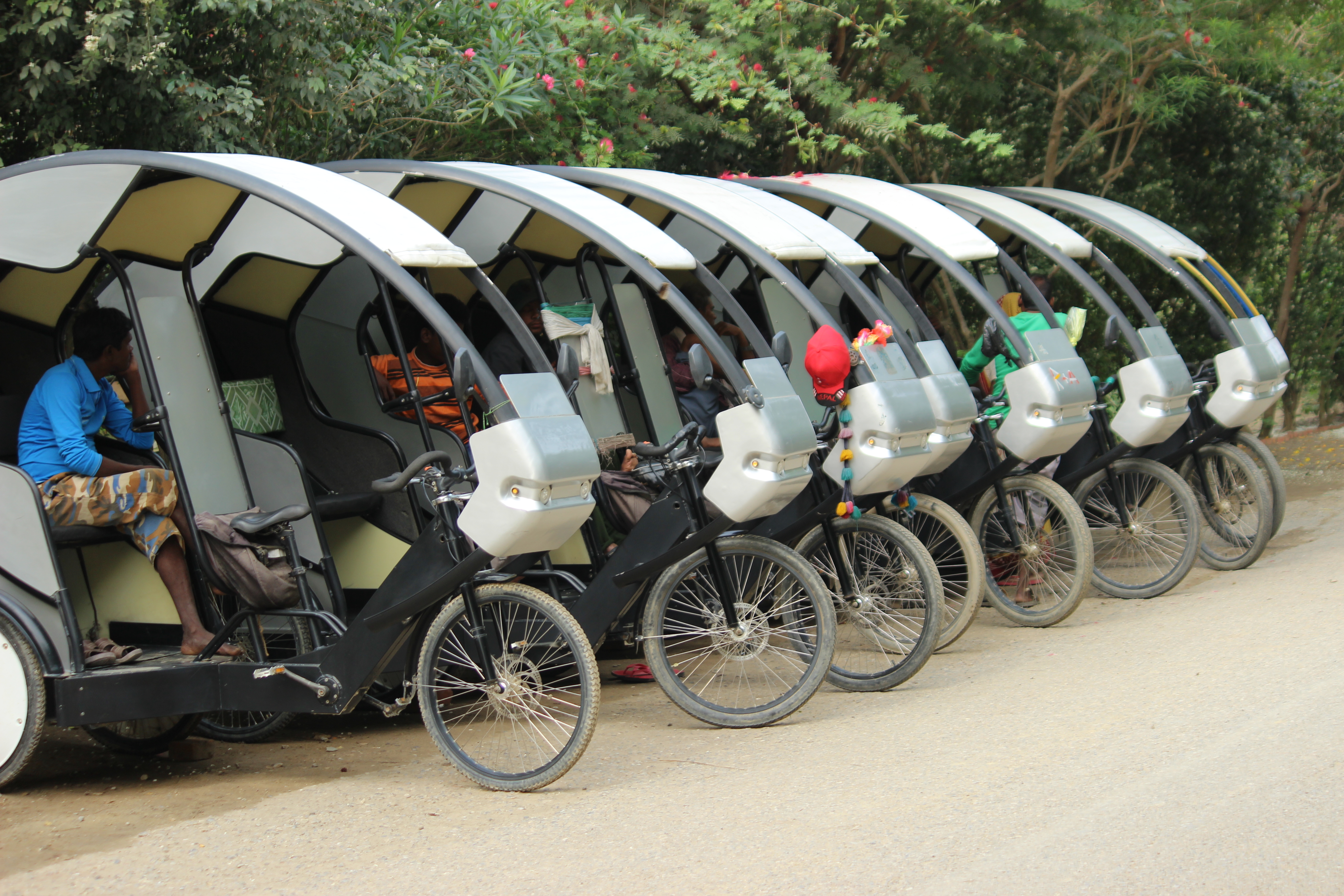 Remember those annoying relatives who see you after a while and make all sorts of observations about you that you didn't realise yourself? I was like one of those when returning to India after two years. This post is about two of these observations. I landed in Delhi feeling awesome to be back. Then I had this conversation: 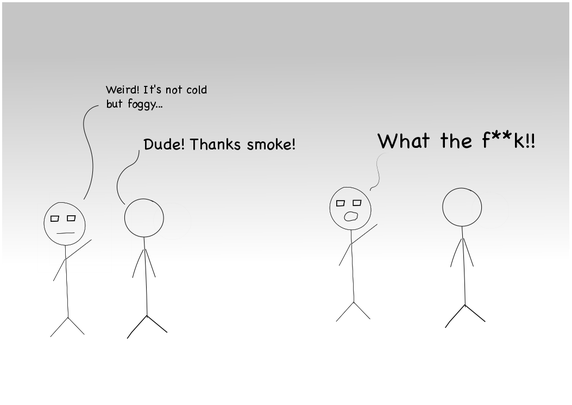 It was just too hard to comprehend. I thought I would get over my initial shock, but even after spending almost 4-5 days in Delhi, I still couldn’t get used to it. Every time I looked out I had an uneasy feeling of breathing in smoke. To the annoyance of my friends, I just couldn’t stop talking about it.

Here are some pictures I took on my flight back: 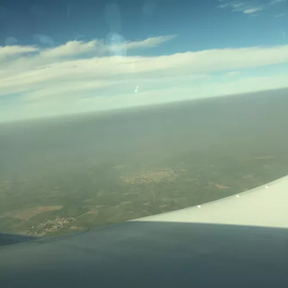 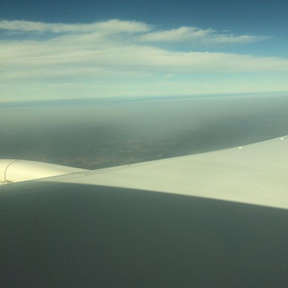 Finally, after spending a few days in Delhi, I came to my home town - Allahabad. I was shocked to discover that Allahabad is among the top 20 most polluted cities in the world. But compared to Delhi it was a breath of fresh air. The next few days were spent stuffing myself with a combination of home and street food (actually getting sick due to overeating). After I regained my capacity of thinking about anything other than food, these so-called electric rickshaws (a.k.a. e-Rickshaw) caught my attention. I asked my mother about it and she enthusiastically started telling me about them. She said they are amazing, cool, safe and convenient. Being someone who believes that electric mobility is the future and that we need to get there fast, I got super excited hearing such enthusiasm about technology of the future from someone who knows nothing about technology, climate change, etc. I decided to dig in and share this story.

But first some basics about door-to-door transport in India. (Indian readers can skip)

Now the electric rickshaws are coming into scene. They are basically something in between an auto and a rickshaw.

It is basically a few lead-acid batteries connected to an electric motor fitted on a structure to make place for sitting and driving. There is already a well-established market for lead-acid batteries in India because these are used for power backup in almost every house that can afford it. And that’s actually it! Because it has no internal combustion, it is technologically much simpler to manufacture and maintain. Aren’t the most beautiful solutions also the simplest?

These vehicles typically go for about 80-120 km per charge, with a maximum speed of 15-30 km/h. The batteries take 8 hours to charge, and are typically charged overnight and could be partially charged during the day. Although these speeds may seem quite low,  they are actually well suited for Indian applications because of road and traffic conditions, and low to no training of the drivers.

I went out on a joy ride in one of these. 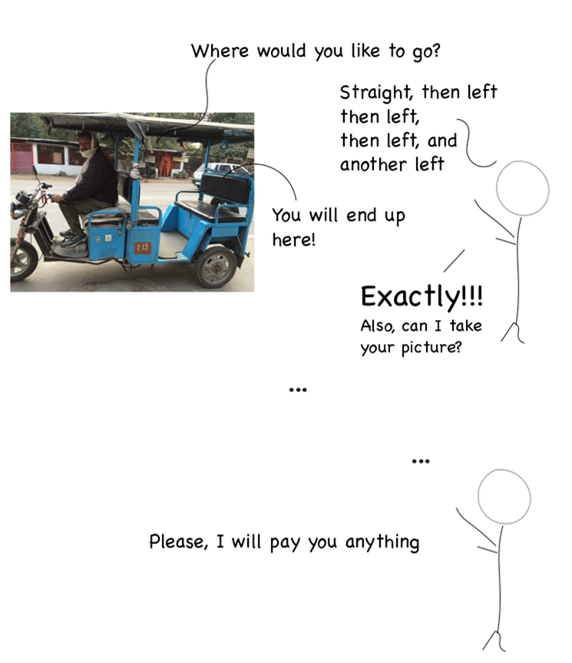 In a truly organic style of development, the electric rickshaws started being sold and operated in the market in an unregulated and decentralised way. There was no incentive from the government. In fact, the complete absence of government in the scene helped the market grow faster. There was no need to register the vehicle, no need for the driver to obtain a license, and it wasn’t even clear to which category these vehicles belonged. Each of these factors helped in the development of the e-rickshaws.

Since there is no need to register the vehicle, costs are reduced (not just official costs but also all the bribing costs needed to get registration done). Getting a driving license in India doesn’t actually require you to attend classes or take test, therefore having a license actually shows absolutely nothing about your driving skills. Hence, it saved the hassle of getting a license without significant real-life implications.

I do not intend to suggest that this lack of monitoring is the way forward. All I mean is that in the initial phase this was very useful. Of course, this cannot continue forever. Through several bills in 2014 and 2015 the government put in place some policies for the e-rickshaws. The government does realise the importance of them - the opportunity and the benefits they can bring. The policy measures have been directed to further promote them including non-requirements for permits (link) and subsidies on registration of vehicles (link).

Due to the distributed and unregulated nature of the market there is no data available on the numbers for e-rickshaws operating currently. Since the technology is simple, hundreds of manufacturers and distributors have come up in just a couple of years. Initially they were being imported from China but now there are multiple Indian manufacturers. It's remarkable the rate at which the market has grown. Just two years back no one had even heard of e-rickshaws and now they are a household name (at least in North India).

Why do people love it?

I went out on the street and started asking questions to the passengers about their ride.

The relatively higher safety of these e-rickshaws compared to rickshaws is apparent (check out the pictures again).  However, some people even preferred them over autos. This could be because of multiple reasons. Firstly, since the motors in these rickshaws are relatively low powered, the number of people it can carry is limited. This also improves the ride comfort. Secondly, an auto ride in India is more likely a roller coaster adventure ride and less likely a transport. The limited speed of an e-rickshaw does not allow for this as well.

Obviously, people feel much better when there is not a person pulling them (as in the case of rickshaws).

The travel cost per km is less than autos.

There is a small buzz of the electric motor and nothing else. It’s quite nice actually, especially when compared to the loud auto engine noise. Also since most of these autos are poorly maintained, their sound is horribly loud.

In crowded  conditions, with sweltering heat, combined with autos exhausting black smoke and loud horns, it can get pretty nasty. It would go a long way to improve the situation if autos could be replaced with e-rickshaws. As a student this is obvious to me, but it was really refreshing to see even people with limited education realise this.

Being slow may not always be considered as an asset but under Indian road and traffic conditions, it can be.

What are the business models?

There is not one business model, but depending upon the needs, different business models have developed. This itself, I think is one of the major reasons for the success of the e-rickshaws.

It’s a new market and I am confident that with the startup culture of India, many more interesting business models will be seen in the near future. Ola (An Indian competitor of Uber) recently announced entering the e-rickshaw market.

Where are we heading?

With 12 out of the 20 most polluted cities in the world being located in India, there is an urgent need to do something about it, both in the short and long term. But this is not just India’s problem, it’s a problem being faced by many emerging economies. The unplanned nature of the city development and the sudden rise of the middle class has led cities to become congested, highly dependent on private transport and extremely polluted. There is definitely a need of multiple solutions to tackle this huge problem; the e-rickshaw is possibly one of these.

I would classify the current versions of e-rickshaws as beta version and as the market matures there would definitely be huge improvements in safety, speed and range. And I imagine them gaining greater chunks of market share from autos and taxis.

Their application has not been limited to transportation. An initiative in my hometown called ‘Hari-Bhari’ is using modified versions of these for garbage pick ups. An application where electrical mobility is inherently much better than internal combustion based vehicles.

Another important effect of these e-rickshaws would be on the perception of electric vehicles in public. This could be both negative or positive. On the one hand, it may convince people of the benefits of the electric vehicle like reduction of noise, pollution, smoothness of the ride, etc. But it could also result in electric vehicles being associated with cheap and slow technology used in ‘inferior’ vehicles. Hopefully, with the recent announcement of Tesla entering the Indian market, the latter problem will be addressed.

My inner optimist and enthusiast hopes to see that when I return to India the next time, the buzz around e-rickshaws is even greater, and I am like that annoying relative again.