Eirik’s story is one of passion, perseverance and determination to have a positive impact on society and make a contribution to a cause close to his heart. Seaborg Technologies, the start up which he co-founded, was born out of the idea that nuclear power during the 1980s was inadequate and outdated, making it an inefficient source of energy generation.

The rhetoric supporting environmental responsibility and curbing fossil fuel use was beginning to gain traction and enter mainstream discourse, which made it an ideal time for Eirik to develop his idea. He saw potential for progress, and identified a gap in the market for a state-of-the-art sustainable, safe and cheap nuclear technology, which he, along with CEO Troels Schonfeldt, decided to pursue.

Seaborg was all about rethinking old, stale ideas and transforming them into something fresh and innovative with the dynamism to transform the nuclear industry. It has now evolved and developed into a green-tech company whose mission is to revolutionise the energy market using a fundamentally new type of nuclear reactor based on a combination of molten salt technology and thorium.

Eirik’s journey began with an engineering degree in Norway, but he changed course to pursue a physics Bachelor in Copenhagen. It was here, during a gripping half lecture on nuclear physics, that his interest in nuclear technology was sparked. He learned of the challenges and limitations facing nuclear power, including escalating costs and strict regulations, which made it difficult to innovate in an industry that was already somewhat stigmatised by society. 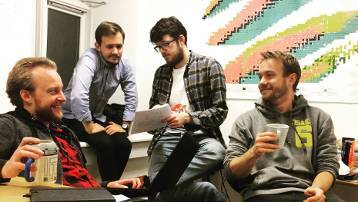 On his return to Denmark, Eirik hoped to continue to develop his passion, however nuclear technology had been banned in the country since 1985, and opportunities to pursue this area of study were slim. At the time, Troels Schonfeldt was a PhD student and was intrigued by Eirik’s determination, and soon became his university supervisor. Together, they founded the company. In 2014 Eirik moved abroad to study the EMINE Master (Innovation and Nuclear Engineering), and continued to contribute towards Seaborg while it became to gain traction back home. Eirik started out as a volunteer on the sidelines of the project, but soon became increasingly involved in the company’s operations, quickly becoming an invaluable member of the team.

The inspiration for the company’s name was derived from Glenn T. Seaborg, an American nuclear chemist and nobel peace prize winner best known for his work on isolating and identifying transuranium elements. Over the course of this career, he advised ten US Presidents – from Harry S. Truman to Bill Clinton – on nuclear policy, and was Chairman of the United States Atomic Energy Commission for ten years, where he pushed for commercial nuclear energy and the peaceful applications of nuclear science. The name therefore seemed appropriate and for Eirik it was important to commemorate someone who had contributed so much to the nuclear industry. 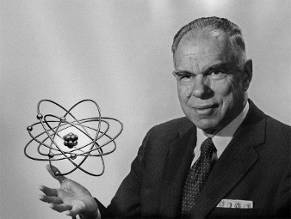 However, just as Glenn T. Seaborg no doubt had to overcome numerous challenges in his time to reach his goals, Eirik and his team are also often faced with obstacles and challenges. Seaborg is still currently in the proof of concept phase, but Eirik hopes to be fully operational by the mid-to late-2020s One of the main challenges Eirik has faced is building confidence in the new tools he has developed, an issue intrinsically linked with obtaining regulatory licencing to construct and operate.

Regulatory authorities have been fixated on one type of reactor technology for the last half century, Eirik explains, therefore convincing them that this new technology is safer and better than the previous is difficult. The process is time consuming and costly, and many investors opt out due to the perceived risk associated with the business venture.

To external investors, Seaborg may look like a 5-10 year R&D effort, where no income will be made until the first reactor is sold, whereas most venture capitalists seek a return on investment within 3-5 years. Therefore, patience and 100% confidence in the company is required to guarantee success. Eirik measures success quantitatively through investments and private grants, but also through external confidence in the concept, approval and recognition.

While Denmark has been heralded as a pioneer in the sustainable energy industry, adopting progressive and innovative technologies with the goal of mitigating the effects of global warming, Seaborg has its sights set farther from home. Eirik and his team hope to break into the developing world, into countries such as South Africa and India, amongst others, and in doing so address the major global issue of energy poverty. And they are not alone.

Other startups investigating molten salt reactors exist around the world, particularly in the US, where Eirik has established a network of around fifteen other molten salt reactor companies. Rather than acting as competitors, as many would expect, these companies cooperate with one another with the common goal of overcoming regulatory obstacles, and ultimately developing the next-generation of nuclear reactors that will aid in the fight against global warming.

However, a conversation about nuclear technology cannot be had without sparking controversy about its wider impact, specifically regarding safety. While critics will be quick to point out the nuclear disasters that occured in Chernobyl and Fukishima, urging governments to follow in the footsteps of countries such as Germany, who are phasing out all nuclear power plants, Eirik truly believes  that nuclear technology poses very little harm to the population. He explains that there are currently around 450 nuclear reactors worldwide, and that only 2 major accidents have occured in an industry that has existed for over 50 years, which makes the likelihood of danger low. Others strongly oppose this view, which is perhaps why moving forward with Seaborg and overcoming regulatory obstacles is taking longer than expected.

But this does not bother Eirik in the slightest. He knew, when embarking on this journey, that he would be faced with multiple challenges. Start ups are all about risk taking, he explains, and it is normal for things to go not quite to plan. He urges aspiring entrepreneurs to take each setback as a learning curve, and not to be disheartened in such situations. It is important to be self critical, patient and determined.

At the core of Seaborg’s vision are two main goals - one is to curb climate change and mitigate its effects, and the other is to address the issue of energy poverty. Eirik highlights that this vision cannot be achieved by one, isolated effort, such as nuclear technology innovation. Energy efficiency, many types of renewable energy, carbon capture and storage, nuclear power and new transport technologies will all require widespread deployment if we are to sharply reduce greenhouse gas emissions and achieve widespread decarbonisation on a global scale.

Koh Jik ReCharge, a project that will boost the micro-grid system of a truly off-grid community in Thailand