Immersion in the Energy Union – Lessons from the Heart of Europe

The following blog post is co-authored by Simone Accornero and Lukas Keller.
The respective sections are marked with [S] or [L].

If I told you, I [L] spent two weeks in a lovely medieval town in western Belgium this summer, you might justifiably wonder: Nice, but so what? In the end, we all go on holiday some times and usually, we don't put that into an energy-focused blog. But this little town is different. This town hosts the College of Europe - and the two weeks spent there, aimed to learn about the Energy Union, Europe's big leap forward in clean, secure and affordable energy. And there is a lot more to that than the contents of the 'Winter Package'.

When I [S] saw on the CommUnity Platform the possibility to apply for the Energy Union Executive Education course of the College of Europe, I immediately thought this was an opportunity not to be missed.

Truth being told, first I googled what the Energy Union exactly is, because honestly rather than the Clean Energy Package and the energy of mix of some countries, I was quite unaware of the whole structure and politics at European and EU level when it comes to the energy industry, but not only. And it is a very interesting world we got to know in the wonderful, medieval town of Bruges. 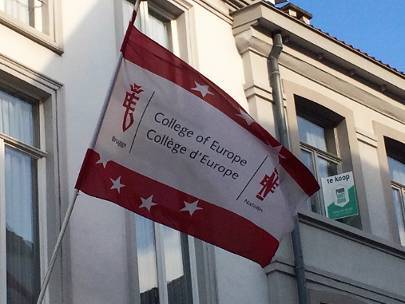 On my way to Bruges, I [L] read a more about our hosting institution, the College of Europe. I was surprised by what I found on who they are and how they are perceived. The Economist (http://www.economist.com/node/2404749) described it as ‘an elite finishing school for aspiring Eurocrats’, whereas their own claim is ‘to train an elite of young executives for Europe’ (Henri Brugmans, Rector of CoE, 1950-1972). Interesting. It seemed like a good place to experience political friction first-hand and to train one's diplomatic skills.

Being InnoEnergy students we all share a great business and markets oriented education, but we are still students with a very academic view and with limited experience when it comes to industry and to the real-life daily challenges involved in the current energy transition. [L + S]

So I [S] was very curious about this course, and I got even more so when I saw the scheduled lectures and the participants’ list after I got accepted. With Lukas and me, there were heads of markets, lobbyists, regulators, lawyers, professors and business developers coming from the main European companies and Universities (EDF, Eni, PPC, several DSO’s, etc). I was a bit nervous not to be ready for such “classmates”, but at the same time extremely motivated and thrilled.

Many of the participants turned out to be highly knowledgeable experts in some of the fields addressed by the broad thematic setup of the course (see right). This allowed for the course to be multi-dimensional and very interactive, with many participants jumping in and giving their perspectives, adding to the presentations of the teachers. A fruitful and respectful exchange on all levels, despite some differences in opinions and a few intense, yet constructive debates. [L] 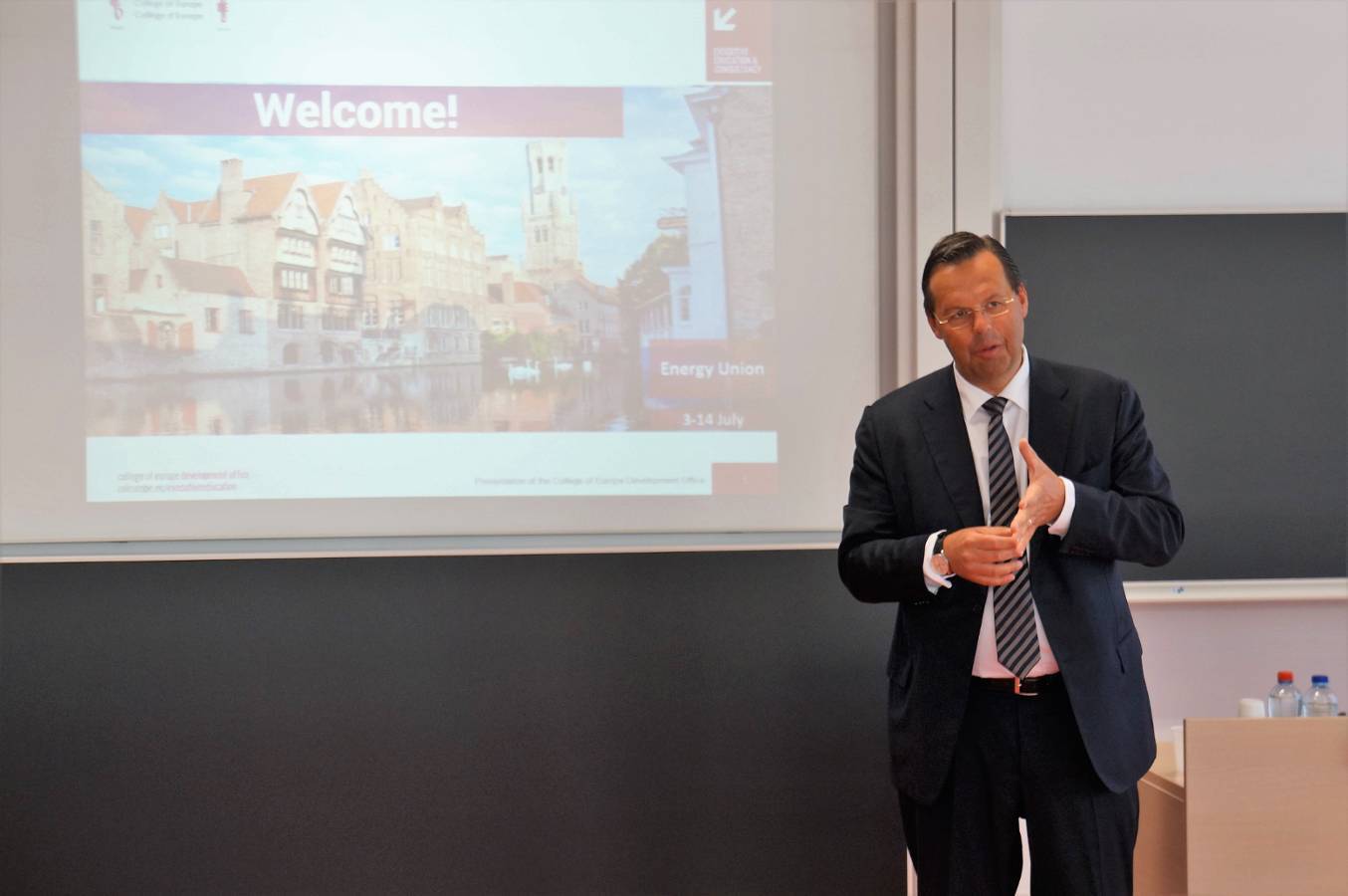 The curriculum started off with a highly controversial opening lecture from Jean-Marc Jancovici, an academic and freelancer very much known to the French public for his strong opinions on energy and climate issues. His conclusions were backed with numbers and he seemed knowledgeable, nonetheless, he managed to provoke some of the senior participants to engage in open debate with him. Whether you agree with his call for a massive expansion of nuclear energy, to phase out coal quickly, or not is up to you, the careful reader. What is clear though, is that he was a wonderful choice for the first lecturer through his ability to challenge deeply settled beliefs. Knowing we knew nothing, we were receptive for the two weeks to come. [L]

The first days were dedicated to the basics, learning and understanding every aspect of the European Union organisations (European Commission, European Parliament and so on...) and the decision-making process and impact behind every Directive or Regulation. [S] 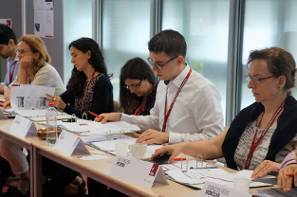 We discussed energy governance, member states’ sovereignty of their energy mix, energy security and the geopolitics of energy. We learned it is a ride on a knife’s edge when it comes EU’s legal competence to set energy regulation, due to the fact that most laws can be interpreted as interference with the national energy mix, which is prohibited by Article 194 of the Lisbon Treaty. If some member states heavily disagree with some of the legislation proposed, they might very well challenge the law in the European Court of Justice, and not few believe that this could merit success. All the experts giving the lectures were highly interesting and competent and the interaction with our small group has always been very engaging and challenging. We like to think that we gave some contribution to this in our very own fields. 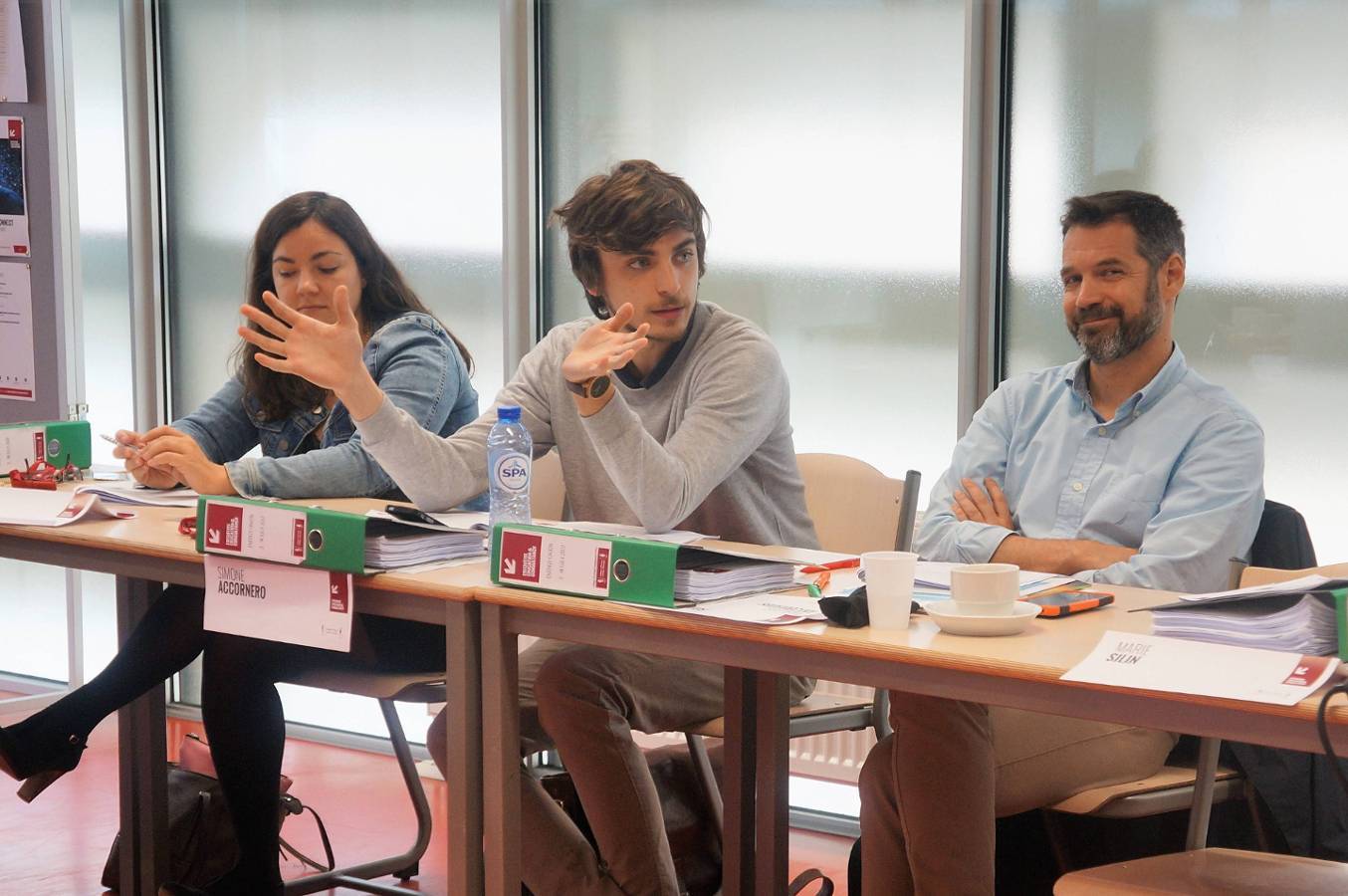 The topic we looked forward to the most throughout the entire two weeks was energy market design. It started on the first Friday during the lecture EU Electricity Market: towards a new EU electricity market design by Thomas Veyrenc (Director of Markets and Regulatory Affairs at RTE (French TSO)) and continuing during our visit to the European Commission, DG Research and Innovation, DG Energy. The highest controversies were around the question on a capacity market, the future of coal and national perspectives on European power system co-operation.

Some of our very own (InnoEnergy) provided their insights into the course, namely Guillaume Gillet on EU Energy Governance, Arshad Saleem on Energy Storage & Demand Response and Pierre Serkine (also a CoE Alumni) on Digital Innovation in the Energy Union. 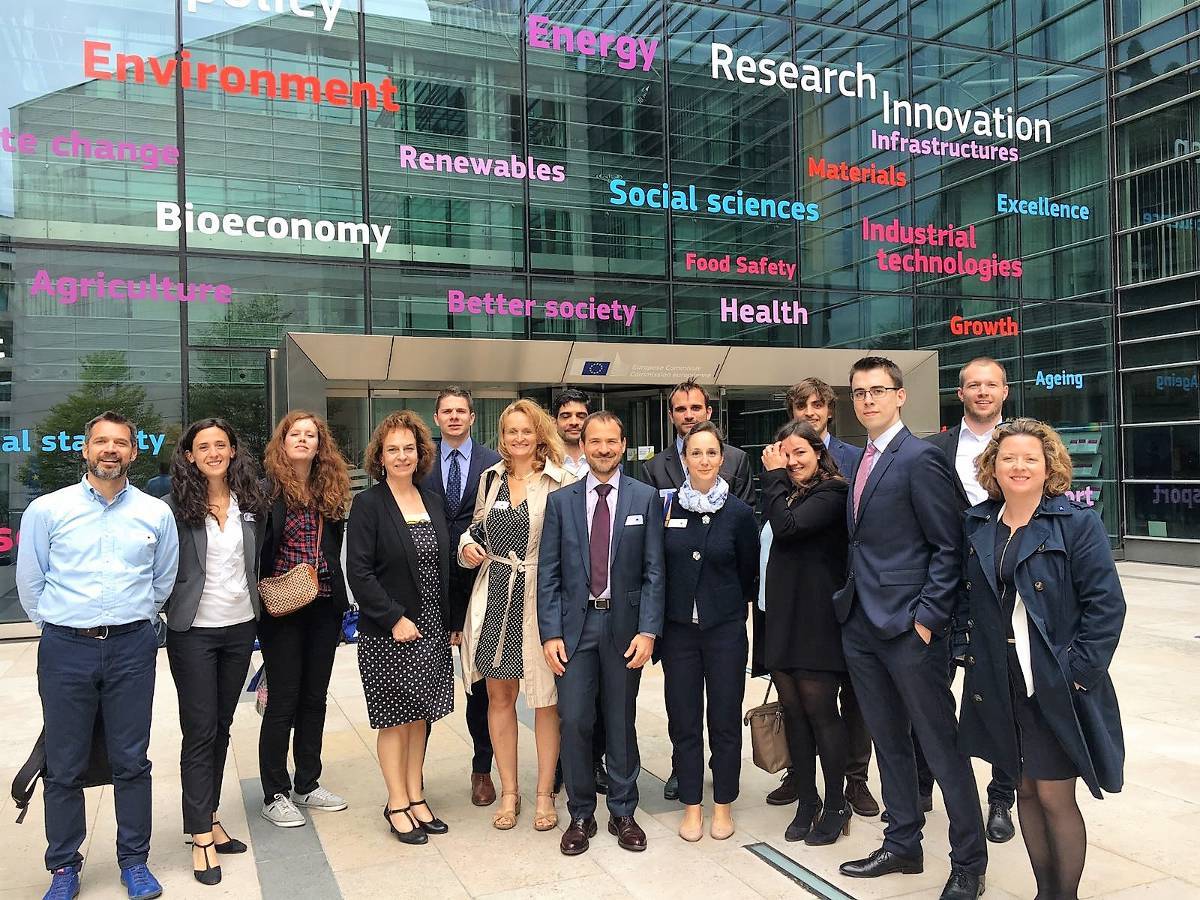 The final day, we had a wrap-up session with the Honorary Director of DG Energy of the European Commission, Jean-Arnold Vinois. In this session, we gained first-hand insights into the objectives and modus operandi of the Commission and the struggles and controversies behind the façade of the ‘Berlaymont’, when trying to pass European legislation. [L]

It was extremely interesting to witness this exchange of competent people and be part of the discussion between the design proposed by the EU Commission and the opinions of the utilities’ representatives in our group. It is fascinating to see how the decision process unfolds and how controversial these decisions can be regarding energy-only vs. capacity market, strategic reserves, market price distortion, CO2 price, subsidies, unbundling, and so on… [S]

Until which point can we manipulate the market to insert clean and sustainable technologies? What is the best balance between a fast transition to stay under 2°C and a just and smooth transition not to damage the less wealthy countries? What is the best market design to do so?  How to conciliate the interests and lobbying of the utilities (the “dinosaurs”) with the empowerment of the end-user and the decentralisation of the electrical grid? [S] 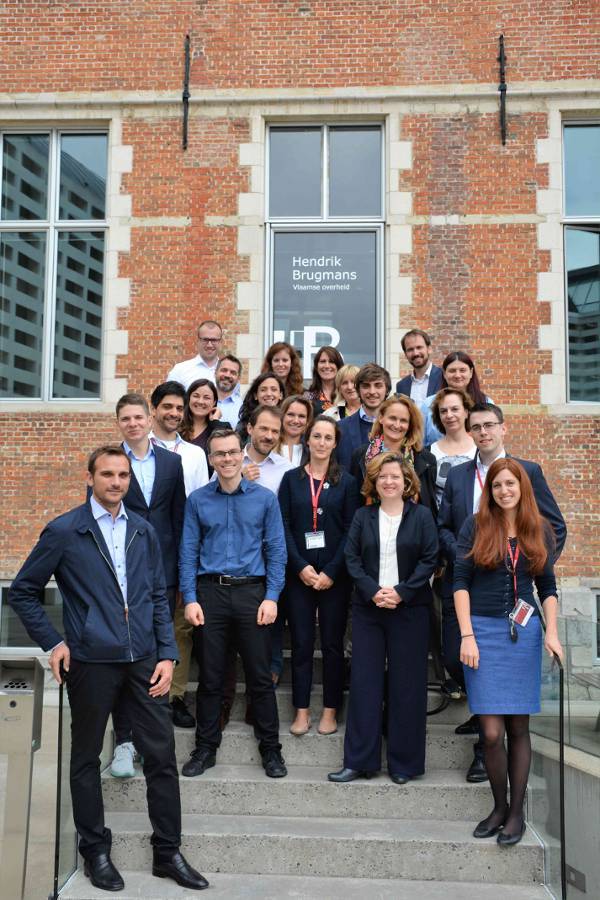 Having the opportunity of discussing these topics with the people who are actually making the decisions, rather than sitting in class reading on books has been one of the best experience in our lives and we feel to recommend to everyone to expose him/herself to this horizon-widening experience [L+S].

So what did we learn?

Energy is politics. No energy-related decision is taken on any governmental level without being mainly politically motivated. Energy is the juice of the modern world, wealth and of our progress. Unfortunately, this highly controversial topic, with so many people and institutions literally invested in, meets a threatening challenge: Climate Change. The need to act quickly and decisively is obvious to every school child learning about climate change. This need collides with the reality of a slow and complex system, constrained by many non-technical elements. After all, politics is the art of what is possible, not of what's necessary.

Those two factors create a field of tension that could rip Europe apart on the borders of overstated national energy sovereignty, insufficient interconnectors and corporate interests or push Europe as a whole forward, being a unified global leader in a new form of economy. [L + S]