A Candid Chat with Alessandro Caviasca

Alessandro Caviasca is CEO and co-founder of SIARQ in Barcelona, Spain. He studied civil engineering in a prestigious Italian University, Universitá degli Studi di Padova (where Galileo taught) and at the University of Architecture of Barcelona (ETSAB). He believes in a new generation of solar products and solar architecture that is self-sufficient, in harmony with nature and connected to the world. The CommUnity Post managed to talk with him about his company, collaborating with InnoEnergy, and his advice for aspiring entrepreneurs.

“I define myself as an innovator-entrepreneur at the crossroads between architecture and engineering. Since the beginning of my professional life, my passion and motivation have been in renewable energies, and most of all, solar energy.” 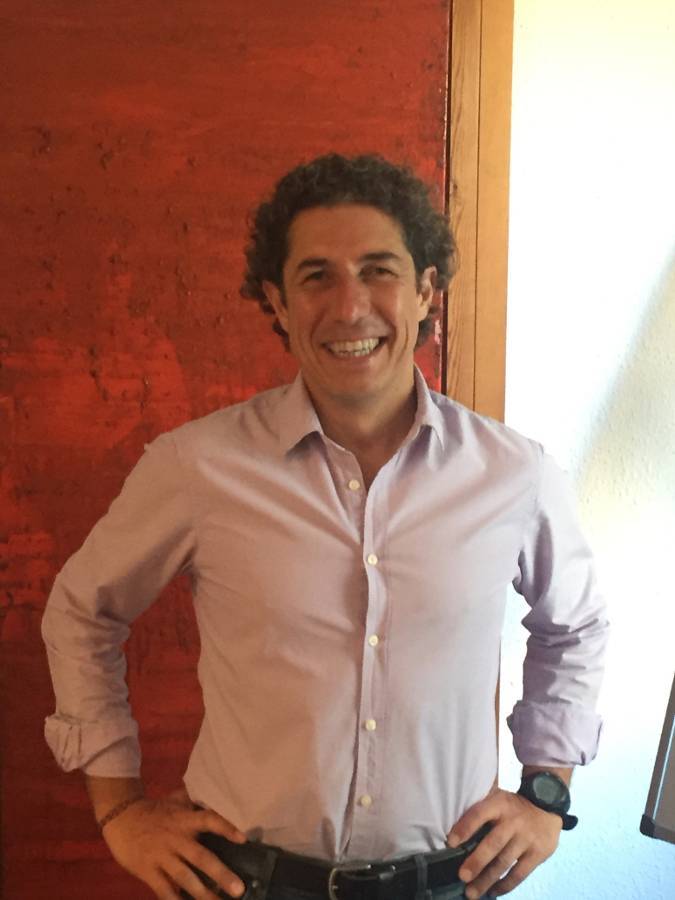 Can you tell us a little bit about your company?

I co-founded SIARQ in 2003. SIARQ was working in sustainable architecture at a time when very few architects were. I aimed to start innovating in solar lighting products and I started designing a new generation of urban furniture with solar energy integrated. At the time, white LEDs applied to lighting was not yet at the industrial level and solar was still at the very beginning of its evolution. Today SIARQ has a range of innovative products for Smart Cities powered with LED, solar and connected with the Internet of Things. We have pioneered the integration of solar energy in public spaces and in architecture and I think that we have gained a good reputation with our range of products. SIARQ is also participating in many European R&D projects within the framework of the EC H2020 funded projects, in consortia with many tech centres, companies and universities around Europe.

I always used to say that SIARQ is a very little company with a big ecosystem of partners!

In which exciting projects have you worked on or are you currently working on?

The most exciting and probably the hardest project is continually making SIARQ a company that creates value,  and a real change and positive impact on our society through the use of solar energy. The last product we have finalised after four years of R&D is FASCOM, more commonly referred to as the ‘Solar Hub’: a product at the crossroads between solar microgeneration, communication and lighting.

How did you become associated with InnoEnergy?

I was introduced to InnoEnergy thanks to TECNALIA, a Spanish-Basque country technological centre. We started working with them and two other companies and together we built up an innovation project for the last step of development of the Solar Hub, which is now our premier product.

How have you benefited from this partnership with InnoEnergy?

We have benefited in many ways through our partnership with InnoEnergy. We received funding for our R&D, we gained notoriety through its commercial platform - The Business Booster - we became part of their ecosystem of companies and tech centres giving us more resources, we met their community around the world and, finally, we had the opportunity to work with very smart and prepared Master’s students in the programme: and . SIARQ continues to innovate and the partnership with InnoEnergy and the chance to collaborate with these Master’s students have provided positive impacts to SIARQ’s work.

And I cannot forget the positive interactions with people that make InnoEnergy the impressive organisation that it is.

What advice would you give to aspiring entrepreneurs or those looking to get into your industry?

I learnt that Bill Gates decided to create a billionaire funding initiative for solar energy called the “Breakthrough Energy Coalition.” The mission is to foster disruptive innovations in the field of solar energy. Mr. Gates said that solar energy is still at the beginning of its evolution and it is now time to foster it, like venture capitalists did with the internet 25 years ago.

I was incredibly surprised because 20 years ago, when I started to work in this field, I felt I was then at the beginning of the solar energy evolution… but I was wrong. According to the words of Bill Gates it means that I am now probably still at the halfway point of my journey!!!

So, aspiring entrepreneurs, be mindful of what you decide to do. Make sure you have passion for what you choose, because you will probably be choosing the direction for your life! And I suggest going for solar energy, it is indeed the future!

This article was originally featured on the first edition of the CommUnity Post Magazine.

Women4Tech: Challenges and How to succeed as a Woman in Tech

Energy saving in the digital era: how AI can be a killer resource