Mini Kickoff Event in Barcelona by the Belgium CommUnity

The Belgium Forum organised a Mini Kickoff Event on 19 November 2016. The event was intended for all InnoEnergy students in Barcelona who were not present at or not able to attend the KICK-OFF event in Frankfurt that weekend.

Due to the Smart Cities Innovation Journey week in Barcelona, the students from  were unable to attend the event in Frankfurt. In its place, the InnoEnergy CommUnity Leuven in collaboration with the InnoEnergy  organised a mini KICK-OFF event for all EIT students in Barcelona.

The event included an opening and closing statement from Leuven CommUnity Manager Mina Mirzadeh, a tour organised by CommUnity Leuven representative Laura Perez, and a presentation on the kick-off event and the community platform by CommUnity Barcelona Manager Oriol Pujoldevall.

Our adventure started with a visit to the world famous cathedral, La Sagrada Familia. Next, we walked to Passeig de Gracia, one of the most famous streets in Barcelona. We took in the amazing views of famous buildings, including La Pedrera and Casa Batlló, both designed by the famous architect Antoni Gaudí.

This street led us to the busy Plaça Catalunya where we walked around, took pictures and had a chance to run with the pigeons. Afterwards, we headed to the Cathedral of Barcelona, passed through Portal del Angel and eventually finished our tour with a cozy walk through Barrio Gótico. 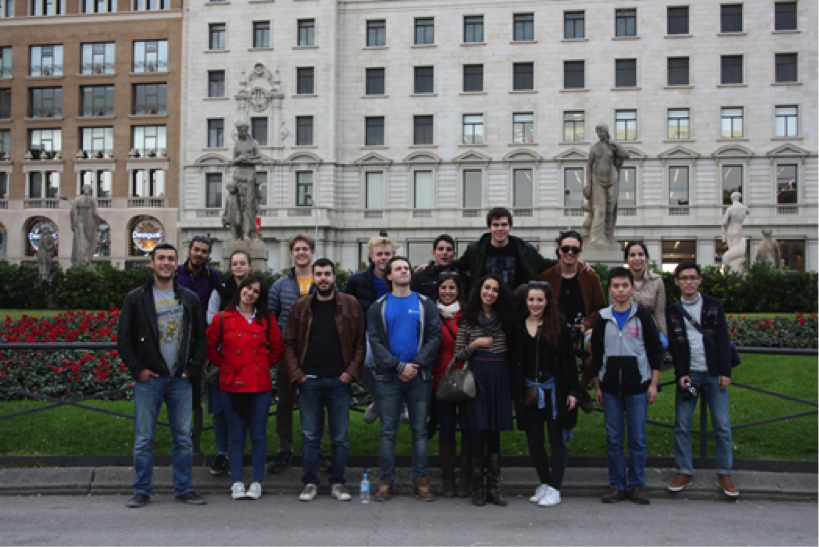 After the tour, the group gathered eagerly at the hostel to hear some opening words from Mina about the EIT InnoEnergy CommUnity. She explained the concept to the others, and introduced Oriol Pujoldevall, who gave a brief, motivating presentation on the actual KICK-OFF event and the purpose of it. He also explained the online Community platform, where members can connect with one another, share articles and discover new events and information. By the time the closing remarks were made, the students had gained a much better understanding of the sense of community fostered by InnoEnergy, and were even more excited to be taking part in such a unique program.

Finally, all participants were invited to have dinner provided by the Leuven CommUnity, during which they had a chance to socialise further and get to know one another better, while reflecting on the pleasant afternoon.