Paris, December 12, 2015: The 195 members of the United Nations Framework on Climate Change adopt the Paris Agreement, achieving a unique step in the pursuit of collaboratively fighting climate change. As one of the last speakers of the certification ceremony, UN Messenger of Peace Leonardo DiCaprio addresses the audience, encouraging the world leaders to go far beyond the goals agreed upon. He concludes his speech with an urgent call for action: “You are the best and last hope of our earth. We ask you to protect it or we, and all living things we cherish, are history.” 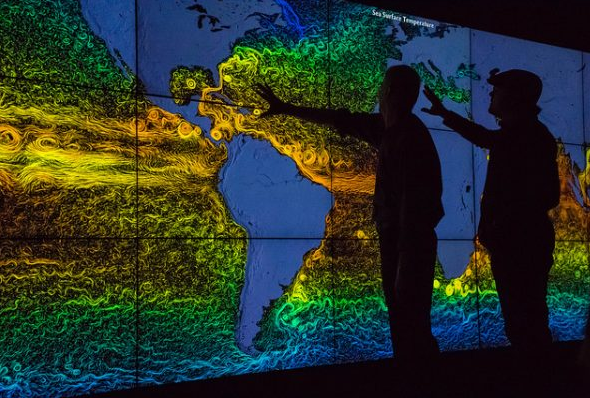 It was a special day on which a group of members gathered at IST in Lisbon for a screening of the well-received documentary Before the Flood. The United States were voting for their next president, COP22 was about to start in Marrakech and NASA had just reported that the ice mass in the Arctic had reached an all-time minimum this past September. In light of these events, we got together to watch a film highlighting the alarming effects of GHG emissions and to discuss its content exchanging our personal thoughts on this issue.

Released one week before the elections in the U.S., Before the Flood documents DiCaprio´s journey across the globe witnessing the effects of global warming and interviewing scientists, environmental activists and political leaders on climate change, biodiversity loss and air pollution, looking for possible solutions. While the depth of information can be discussed, one key finding of undeniable truth that we identified was: the need for personal action. A behavioural change of all of us and on a large scale is needed, if the negative effects climate change imposes shall be reduced.

How to realise this behaviour shift was among the central topics discussed after the screening, since it is perceived a very difficult endeavour to convince people to permanently change their habits and revise the living standards they have been used to. Reduce meat consumption, avoid products containing palm oil, decrease water usage… the list of action points is long and their relevance for climate change can sometimes not be intuitively understood. This inspired us to launch a project to teach about how to take climate action in everyday life by means of short informative videos. Each video will address one particular issue related to climate change and aims to inspire specific actions to be taken in our personal everyday life.

Also, we reflected on the role model we as a CommUnity devoted to fight climate change should be. As members of InnoEnergy CommUnity, we all share a passion for renewable energies and the environment and want to contribute to a more sustainable future. But here we are, leading largely fossil-fuel dependent lives, flying all over Europe to attend (more than worthwhile) seminars and events or, as today, discussing the devastating effects of human activities on the planet over plastic-packaged, palm oil containing snacks and soft drinks from one-use plastic cups. Struck by the controversy of this, we decided upon a small, yet consequent step: not to provide any food containing palm oil in future events of the Lisbon CommUnity. Aware of it being a marginal contribution to an overwhelmingly complex problem, we still hope to inspire similar actions to be taken in other CommUnity locations.

As I am writing this, the first polling places in the U.S. are closing and tomorrow morning the United States of America will have elected a new president, which will have effects on future efforts to preserve our environment (especially with the reality we face now, a few days later). Regardless of the new president´s perception, climate change will continue to be among the major challenges mankind faces in the 21st century and it is upon us to do our part, being it as small as banning palm oil products from CommUnity events. Read more about personal actions you can take here.

Edit: Donald Trump has become the President-elect of the United States.

Blockchain: Buzzword or The Future?