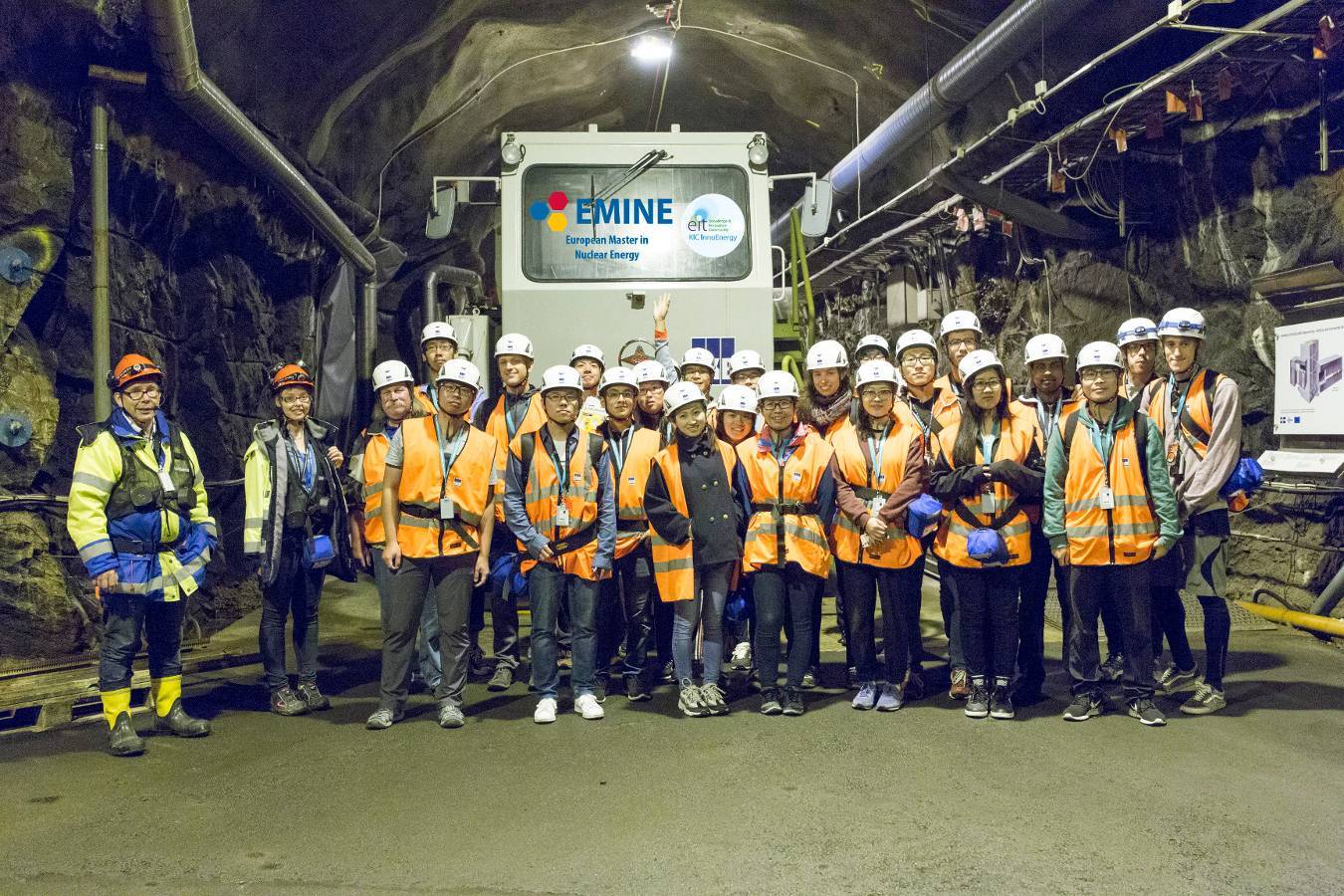 Whether one agrees with utilising nuclear energy to generate electricity or not, deciding what to do with existing spent nuclear fuel is an unavoidable question. Providing a sensible answer is the subject of a course run by the Swedish Royal Institute of Technology - an InnoEnergy partner university - in the municipality of Oskarshamn, a 340 km drive south of Stockholm. Currently between my 1st and 2nd year studying the European Master in Nuclear Engineering (MSc EMINE) specializing in the decommissioning of nuclear power plants and the safe disposal of their spent fuels, this summer school provided a great insight - with classroom lectures covering the issues and potential solutions related to the nuclear debate and a day spent underground observing the science in action.

Sweden currently maintains an inventory of approximately 6300 tonnes of used fuel, increasing at a rate of around 200 tonnes per year. Having enjoyed this source of carbon-free electricity over the last few decades, the country must face the prospect of disposing this high level waste for the long term. In this context, long term does not mean a change of government or two, not a lifetime, nor even a few generations, but around 100,000 years. Maintaining the security of relatively dangerous material on this timescale is an enormously complex task. For reference, the first commercial nuclear power plant opened 59 years ago, the Americas were ‘discovered’ 525 years ago, the roots of modern Christianity sit close to 2000 years ago and the last ice age ended around 11700 years ago.

100,000 years is a long time indeed. So what are our options? We could keep the used fuel in pools of water, under lock and key, but given a regime change or two down the line, how much knowledge would be mistakenly forgotten? Sending the spent fuel to space seems like an expensive option now but could well be possible in the future. But when will that be? Are we asking future generations to deal with our waste without enjoying the power we acquired from it? These topics are all discussed in the industry, but Sweden believes they have found a safe and affordable solution in ‘The KBS-3 Method’.

Simply put, the KBS-3 method proposes first using the aforementioned water storage facilities for a few decades, in order to sufficiently reduce the amount of heat radiating from the used fuel. Following this, the spent fuel rods would be inserted into a cast iron block, which can be sealed in a 5 centimeter thick copper canister using a bespoke welding technique. Each of these copper canisters will be checked using a series of non-destructive testing measures before they are accepted as safe. This process is currently being validated at a factory facility in Oskarshamn, which we visited as part of our course. 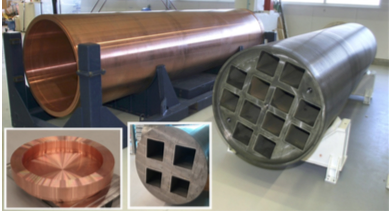 Once the cast iron blocks containing the fuel rod are sealed in the copper canisters, the canisters are stored 450 meters below sea level in an underground storage repository. The final site for this network of tunnels will be in Forsmark, Sweden, however, a ‘test run’ is being carried out at the Aspo Hard Rock Laboratory, close to Oskarshamn. At this laboratory, the groundbreaking science is being thoroughly researched and tested - everything besides the actual spent fuel exists there. The final stage of the process is to seal the spent fuel from the outside world - bentonite clay will be used to fill the underground network, expanding when it comes into contact with water and locking the copper canisters deep below the surface, in the stable rock bed. 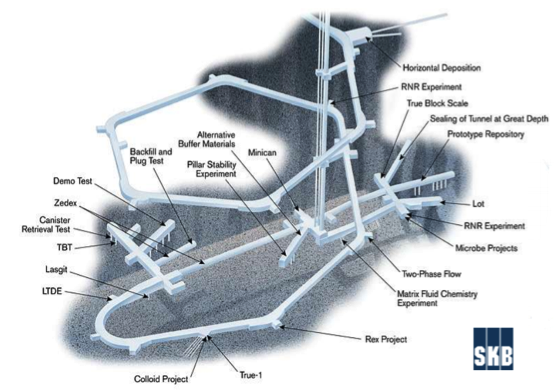 In order to implement such a large and important project, the fields of geology, hydrogeology, chemistry and biology play key roles in supporting the nuclear engineers. The applied science taught on our course involved the understanding of micro-organisms, water table migration processes, chemical corrosion and geological features - from fractures and depositions to subduction zones and earthquakes. It was interesting to hear about this wide range of subjects from experts who have played their part in progressing the KBS method so far.

An important caveat to the Swedish method is the means of financing - the research, excavation, materials and legal costs of the project are, understandably, costly endeavors. In order to ensure fuel disposal funding is available when needed, Sweden requires generators of nuclear power to pay into a central fund, effectively taxing electricity produced through nuclear power. The moral standpoint here is that only the generations enjoying the benefits are required to pay for the clean-up. In this way, a fund of around €6.5 billion has been accumulated since the 1980s, which is used to pay for the research projects going on today.

The final repository in Sweden is still a few years away from being completed, a timeline which includes a referendum on the matter, where local residents will have the final say as to whether the plan goes ahead. Whilst literally burying the issue may seem a short-sighted approach to some when it comes to this project, it must be said that the science has been rigorous, the alternatives pored over and the citizens diligently surveyed. Nuclear power and its resulting wastes are emotive topics, requiring logical solutions which address the burden safely, in the most effective way. The KTH geological storage of spent nuclear fuel course displays the path which Sweden has followed, allowing the country to reach its current position, using logic and science.