The Case Solving event is a recurring event, organised by InnoEnergy CommUnity Representatives and active members all over Europe, during which participants have a chance to brainstorm, debate and propose solutions to the defined case on energy-related topics.

On 3 and 4 March 2017, a “Business Case Challenge with Power2U” event was jointly organised by the Stockholm InnoEnergy CommUnity and the InnoEnergy project, Power2U. The event took place at Open Café, in the heart of KTH Royal Institute of Technology, Stockholm.

A dedicated InnoEnergy team, within Power2U, has been developing a new actor in the energy value chain, a Local System Operator (LSO) that designs and operates local energy systems. LSO aims to transform buildings into sustainable energy resources to enable a customer-centric and smarter grid. The case study was organised to initiate the sharing of active knowledge and brainstorm about innovative ideas related to LSO.

The case study was split into two days: the first day to introduce the LSO project, the CommUnity and the content of the case study, and organise the teams for the case-study; the second day to work on the case study, presentation of the task and a formal dinner. A total of 31 individuals participated in the case challenge.

Lukas Keller, the  Manager, kicked off the event by welcoming the participants and introducing the CommUnity by InnoEnergy. 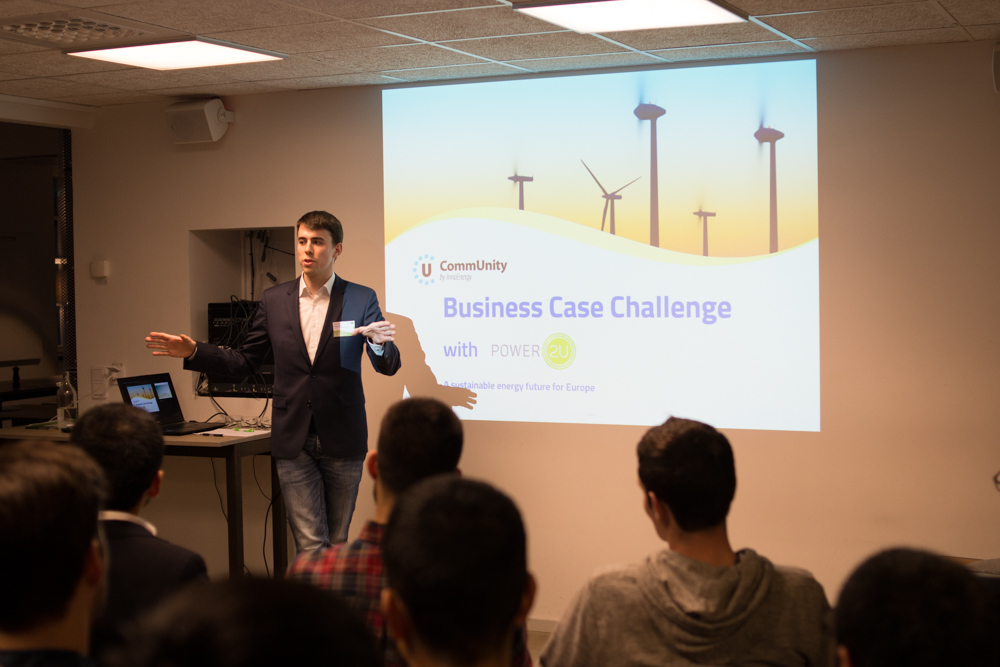 Fredrik Billing, Project Leader of Power2U, seized the floor next to discuss generally about the different aspects of the LSO project. Dr. Arshad Saleem, Technology Expert in Smart Grids & Electric Storage at InnoEnergy Scandinavia, took over next to explain the technical aspects of the project and the challenges they are facing. Xue Wang, Project Partner at Power2U, then described the case to be solved and the goals to be achieved by the participants.

The participants were then assembled into seven groups. I conducted a Marshmallow Challenge as an ice-breaker among the participants. It was also designed to provide a lesson on prototyping and working in a group. The InnoEnergy and Power2U employees also took part in this challenge.

Participants during the Marshmallow Challenge

This activity was followed by a coaching session on mapping ideas and developing a business model canvas, conducted by Maksym Kunytsia of Power2U. The day ended by discussing a brief agenda of the next day.

Participants and coaches during the session on mapping ideas

The second day was kicked off by Kenneth Johansson, CEO of InnoEnergy Scandinavia, giving a brief talk on the organization. 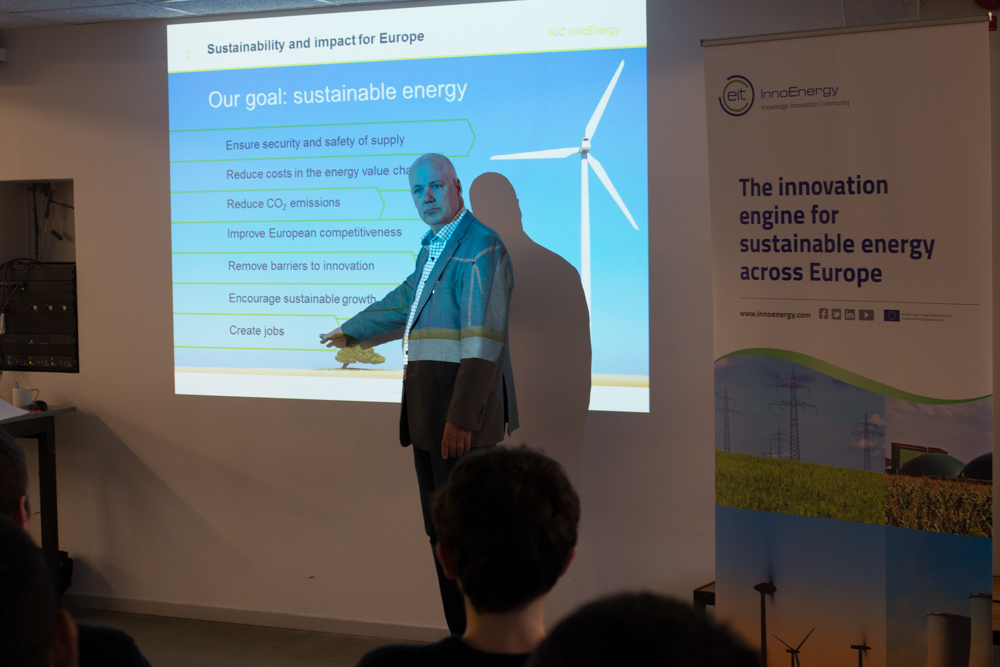 The coaching session was then initiated. The coaches for the business case were first introduced, giving brief summaries on each of their expertises. The coaches included: Fredrik Billing, Project Leader of Power2U; Svetlana Gross from the Swedish Energy Agency; Sam Saatchi, Co-Founder and COO of Norbloc; Eric Jensen, Business Developer at Power2U; and Andreas D. Alderud, IT Strategist. 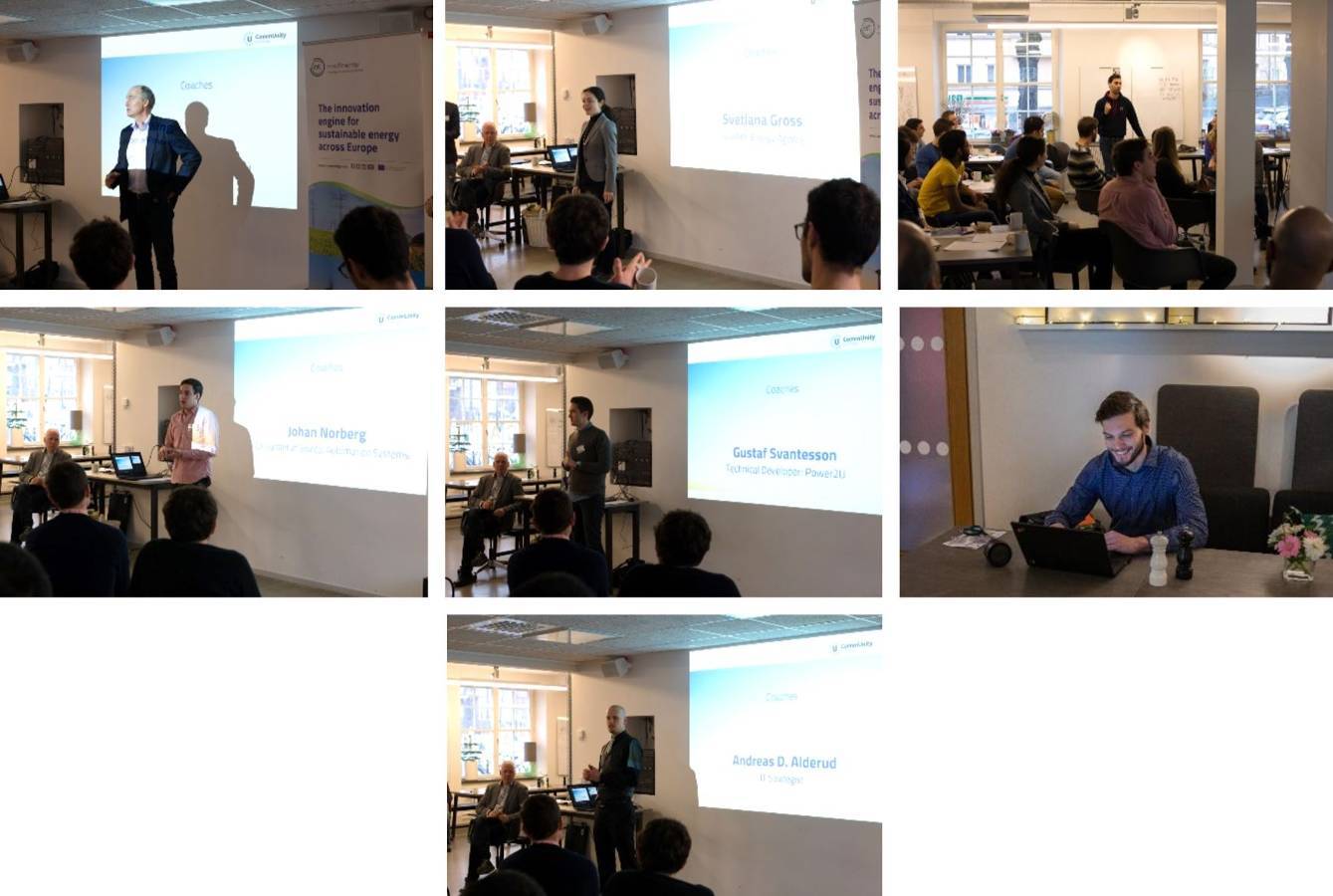 The groups then had a few hours to work on their business models. In parallel, they received precious advice from the coaches, on distinct sectors. After the coaching sessions and lunch break, the groups were given some time to prepare presentations to demonstrate their solutions in front of the jury. 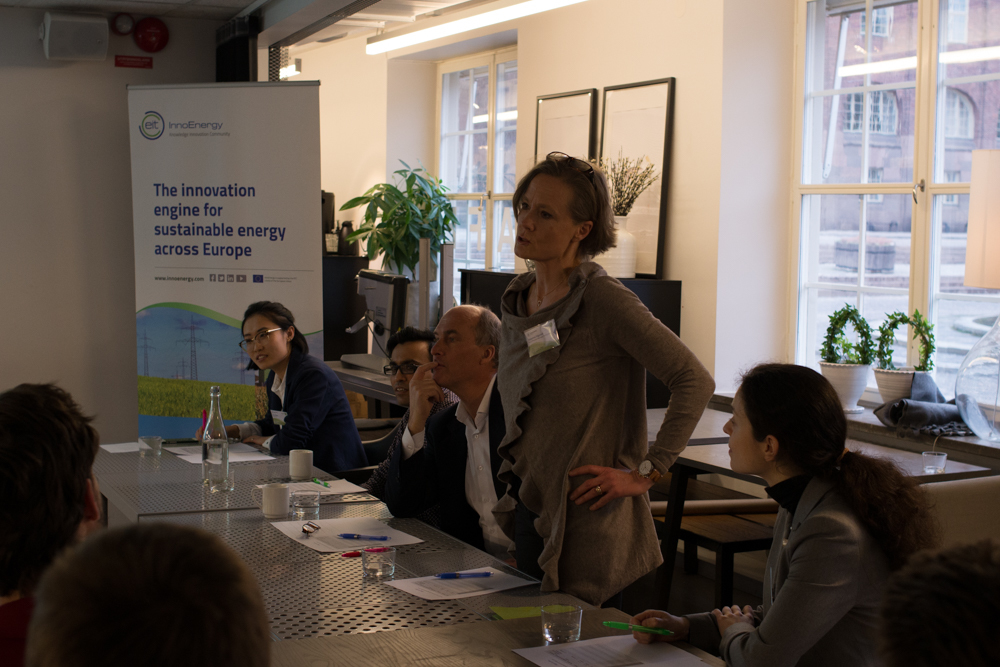 Each group had 5-7 minutes to present their work and each of the presentations were followed by discussion among the jury and the participants.

After the presentations, a closing statement was made to officially conclude the case-solving session. The jury was given some time to decide the winner and in parallel the participants were given some time to prepare for the dinner later in the evening.

After a few hours, everyone was greeted back with glasses of champagne. In the meantime, the participants were requested to vote for their favourite group.

The attendees enjoying the evening and voting session

All the attendees were invited to sit at the dinner table, where the different categories of awards were given. The group who achieved the ‘most popular’ award, from the voting session, consisted of Jose Miguel Hernandez, Alan Arvelo, Kristofer Espinosa, Joel Mars Bodell and Muhammad Tabish Parray. The group consisting of Leon Haupt, Milan Milinkovic, Luca Longo and Cesare Zilio took the award for the ‘most environmentally friendly’ case solution.

The ‘most popular’ and ‘most environmentally friendly’ award winners

Then it was the moment to announce the winners of the business case solving. This award was given according to the jury’s decision which included factors such as a holistic approach to the problem, clear and communicative presentation and good teamwork. The group which earned the award consisted of team members named Gofran Chowdhury, Camilo Tapia Chiriboga, Srinivan Santhakumarand Mattia Garlaschelli. The winning team got a surprise reward and the opportunity to develop their idea further in the InnoEnergy office space of Stockholm. 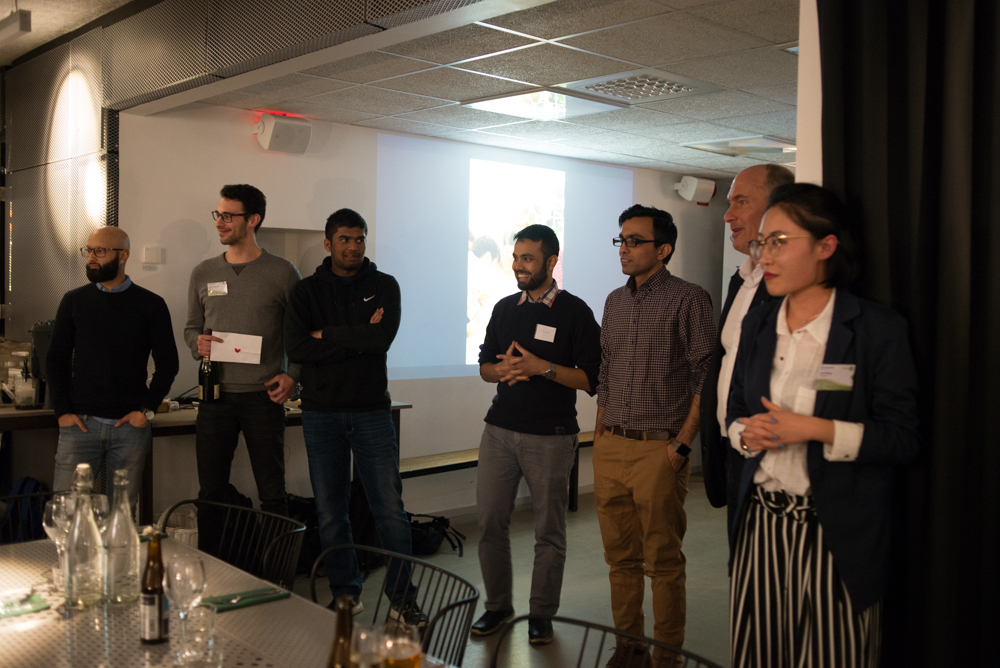 The winners of the business case-solving receiving their award

The evening was concluded with a grand dinner and mingling among the attendees. The event was full of sharing of knowledge among multi-disciplinary expertise and building of a strong network within, and outside, the CommUnity of InnoEnergy. Coaching sessions from entrepreneurs and technology experts aimed to bring permanent value to participants’ case-solving experience.

One Word that Matters a lot in your Pitches