Speaker Series with EDP by the Lisbon CommUnity

Educate to serve: How EDP aims to provide energy access for rural communities

The  are informal and open talks organised by the InnoEnergy ‌. These feature professionals from the energy sector who want to share their innovations and experiences with a large InnoEnergy community, made up of entrepreneurs, researchers, alumni and students, and encouraging a networking environment.

“Imagine yourself being at home and you are lying in bed. It is only 6 o’clock in the evening, but it’s dark. So dark that you cannot even see your hand in front of your eyes. There is no light anywhere, no torch and your phone is out of battery. There is nothing to do, but to sleep. But what if you have to… pee?” 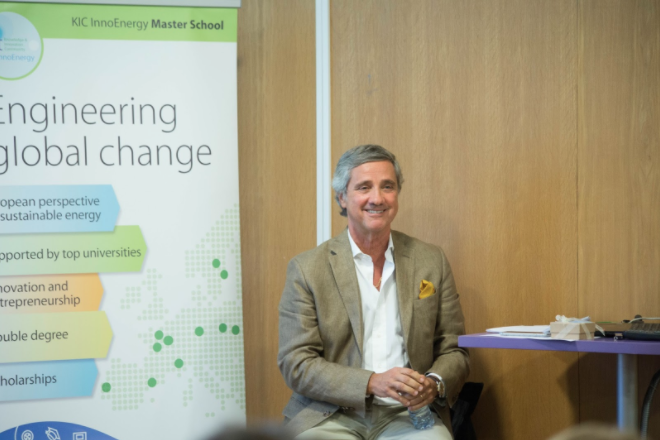 Assuring access to affordable and clean energy is among the Sustainable Development Goals that were set up by the United Nations and adopted by the world leaders in September 2015. Yet, one out of five citizens of this planet lacks access to modern electricity and more than 2.9 billion people worldwide rely on unclean energy sources for cooking such as wood or charcoal. With this upsetting outlook on the status quo of global energy access, Yasha Dave welcomed the audience to the next edition of the Lisbon CommUnity’s speaker series, this time hosting EDP’s Director of International Relations and Access to Energy project, Mr Guilherme Collares Pereira. With many years of hands-on experience in the Access to Energy project (A2E) in developing countries (as his quote at the beginning of this article proves), Mr Pereira brought everything needed for an interesting and inspirational evening allowing for the participants to gain insight in the projects EDP is involved within the field of rural electrification and ending in a lively discussion on the successes and problems of such projects. A video about the principal ideas behind these endeavours, shown by Alejandro Martin, kicked off the event and introduced the audience to the topic.

Energias de Portugal (EDP) is among the largest energy suppliers in Europe with around 11 million customers in and outside Portugal. Frequently leading the Dow Jones Sustainability Index of Utilities, EDP has a particular understanding of Corporate Social Responsibility and considers itself a social venture manager aiming to launch social innovation by following three main guidelines, summarized by Mr Pereira as follows:

The audience Solar Cookers project providing 40 solar cookers to 40 women in a rural area of Kenya, allowing them to reduce working hours, improving the health of their children and providing them additional income. Giving the example of Kakuma, one of the largest refugee camps in the world, Mr Pereira pointed out what, in his opinion, can spoil any well-meant development program: EDP had launched a Solar Lanterns for Students program in Kakuma with considerable success increasing the percentage of students receiving A, B or C grades from 25% to 48% within one year. But shortly afterwards, when a large international company decided to provide the whole camp with cheap, but also low-quality solar lanterns, the money citizens had previously invested in a Solar Lantern Fund created by EDP was withdrawn and people showed no more interest in the more expensive, higher quality lanterns provided by EDP. The result was, according to Mr Pereira, that solar lanterns were suddenly available for everyone, but most of the lanterns no longer worked after a short time of operation, undermining EDP’s initial goal of providing a sustainable and long-lasting light source for students in Kakuma.was presented a range of A2E projects Mr Pereira was involved with, such as a

Discussed with controversy among the participants was the question of whether the motivation of EDP’s engagement was pure goodwill or economic interest. Confronted with this issue, Mr Pereira stated that every EDP project always aimed for commercial viability or, as he put it: “We are moving from a market of millions to a market of billions.” The underlying, slightly negative connotation of this statement, was put into perspective when he presented and that it will include operational expenditures (OPEX) as well, it is aimed to create a win-win-win situation for the local population, the Mozambican government and, eventually, for EDP itself.Titimane, a pilot project in Mozambique: a town of 500 households not considered at all in any national grid extension plan of the Mozambique government; EDP develops a mini-grid for its 9,000 citizens including solar and biomass technologies and a prepayment model. With the main goal of assuring that this fee charged by EDP will be lower than the costs people currently spend on conventional fuels for powering generators

With many new insights in the activities of a global player in the field of energy access in rural areas, the speech ended with a lively discussion. A knowledgeable and committed speaker, an engaged audience and a topic that is of urgent relevance for our planet, made up for a memorable evening. The investment EDP places in providing energy access to the poorest is allowing for a somewhat more optimistic outlook on the future: there is hope on the forefront of rural electrification! 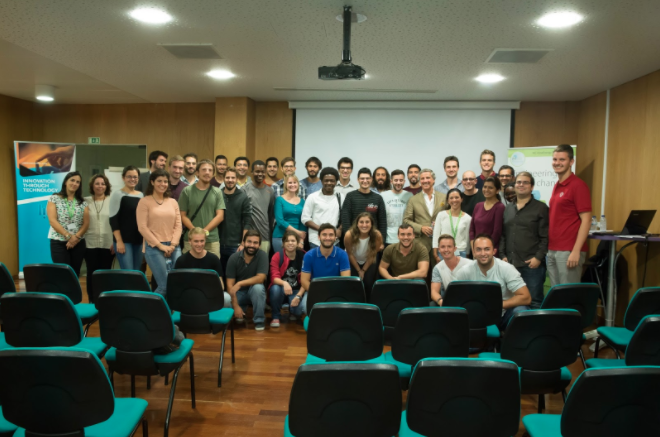 If not us, then who? InnoEnergy community gets together at AlumniUnite in Barcelona. Young, motivated, united