The Paris organised a TED Talk Discussion on the TED pitch of Michael Schellenberger, “How the fear of nuclear power is harming the environment”. More than 30 people were able to debate over nuclear energy perspectives and eventual harms.

The three ingredients for a new type of event include: a short introduction to  energy, a TED talk video and an animated discussion. These three basic ingredients combined for a new event recipe that was able to unite more than thirty students in one room. What was interesting was the fact that contributions came not only from students with expertise in renewable energies and nuclear energy, but also from people interested in knowing further on the topic.

In order to overcome the gap of knowledge between Polytechnicians (Students in École Polytechnique) and skilled engineers working in the field, our CommUnity representative, Salvatore Raddino, gave a short overview of the nuclear power sector. He showed complementary data to the TED talk, like the harm that came from nuclear accidents in the past, and lives saved by nuclear energy due to a reduced impact of fossil fuels on pollution. He explained very briefly the most important safety systems in the nuclear reactor and the different generations of power plants. 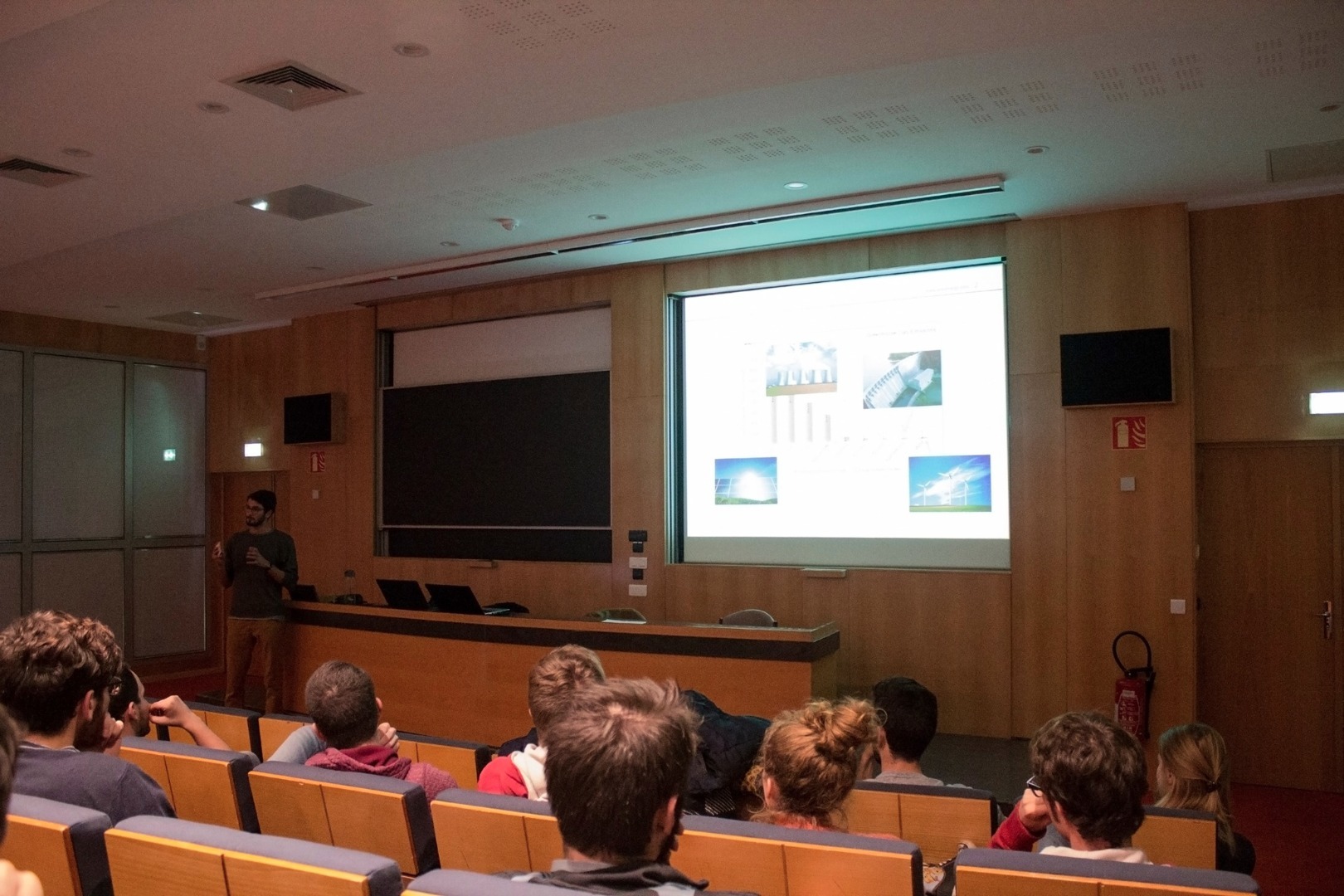 The discussion started quite rapidly after a short wrap up of the video’s most important points. Rather than focusing on technical aspects, the first argument was about the “clean energy crisis” reported by Mr. Schellenberger. As said in his TED speech, Germany has had increased CO2 emissions since they have closed their nuclear power plants, while in California the CO2 emissions reduction rate is lower than the USA’s average. Moreover, nuclear power plants are compensated by renewables but only in part, so that the total output from clean sources is decreasing. This is due to the fact that when renewables are not working, people still need to use energy and there is no other way to close the gap other than using natural gas or coal power plants. This was supported by a common opinion among the attendees, who sustained the fact that the system is only partially ready for renewable energies and there still is a need for a reliable base load. Nuclear energy under this aspect is the best solution. First of all it has a load factor higher than 75% and secondly it has a very low marginal cost. This makes nuclear the first electricity package to be bought in the market whenever there is a shortage of energy due to the low cost of fuel. Moreover the clean character of nuclear energy must not be forgotten.

Since the consensus was unanimous, the attention was moved to Germany’s political decision to stop all of its power plants and a further analysis on the effects of a premature stop of nuclear power plants. From a political perspective, the attendees focused the discussion on the fact that decisions were driven by the increasing fear of accidents and, in some cases, by the motto “not in my backyard” (e.g. I don’t have a problem with the technology, but the further you do it from me, the better). Individuals have difficulty accepting a transition period and cooperation among different energy sources. A few Polytechnicians then asked if we should really fear this energy source and this opened a debate about safety protocols and failures in big accidents like the one in Fukushima, Japan. In a small environment of engineers, many of whom study nuclear power plants’ safety systems, it was possible to understand why those accidents happen and why the design there worked very well, even though the media addressed it in an emotional way supporting the danger of these power plants.

The main outcome was that safety systems most of the time are designed considering a compromise between cost and safety. Therefore, there have been accidents, but the most important thing is that the damage is concentrated and localised inside the power plant itself. For example, in Fukushima the reactor shut down perfectly.

The discussion was then concluded on a topic that is quite debated in France: waste’s radioactivity and management. Regarding the latter, a little explanation was given by our presenter about the actual waste management plan and how this is usually done considering that the waste will stay underground for ages. Secondly, most of the students discussed the radiation emitted, eager to give their experienced point of view on the topic. A student closed the topic quite immediately and the overall discussion, quoting a study highlighting the fact that every human body emits a small quantity of radiation. As an example, the radiation detected due to the repository is less than the radiation you receive in your lifetime, by your girlfriend/boyfriend just because you sleep in the same bed with her/him.

With this quite impressionable statement, the discussion was moved outside the room where the students were able to discuss the topic they were most interested in. At the end of the evening it was nice to see that more people had a better comprehension over this delicate topic.