The Path to Entrepreneurship

Between the 5th and 7th of October the South Summit congress took place in Madrid, and I was lucky enough to be able to attend. It was not my first time in an innovation-themed gathering, but I had no idea that I was about to get in contact with the highest density of entrepreneurs per square meter that I could ever conceive.

The program was massive. 3 days of conferences, 6 different stages, 15 conferences in each stage every day. Just do the math. Thus, my first priority was drawing the path that I would follow during the next hours. Easier said than done, though.

Blockchain experts, capital raising workshops, startup competitions… dozens of awesome things were going on at the same time in different stages. A decision had to be made and so I made it. But let’s use this introduction to make my point: were you hearing about the congress from someone else that attended it, you would probably be hearing a complete different experience. 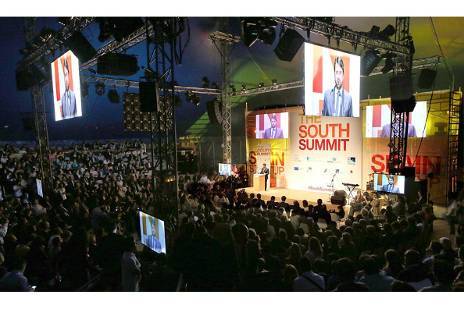 One of the conferences I was really interested in was about Social Gaming. As a young professional, I find that Gamification can exercise an overwhelming influence in people. One of my career goals, at the age of 24, could be defined as reaching the perfect harmony between the citizen and the smart city of the future. And I strongly believe that Gamification as a mean to incentivize particular behaviors can be a vital key factor in that puzzle.

That conference was moderated by Patrick de Laive, and the speakers were Alexis Bonte and Xavier Carrillo. Their understanding of how the market works was quite revealing, and the different techniques and customer service protocols that they promoted as the ones to be followed, are things that I’m surely not close to forget.

I also had the chance to listen Vitaly Golomb’s speech. He defines himself as an “Investor and global Startup Evangelist”. Well he’s a good speaker too, I can tell you that. From the roughly half hour long that lasted his intervention, I could appreciate that his understanding of what being an entrepreneur means is almost absolute. He also leads the investment department in HP Tech ventures, so he used the opportunity to present their future concept of 4D printing.

They are researching about a new material, whose unit they called Voxel. Everything printed in these next-gen printers will be formed by millions of Voxels (like if they were atoms), and each Voxel will be able to modify its thickness, transparency, conductivity and countless other physic properties just depending on how it has been excited by the printer. Honestly, that concept awakes my skeptical part, but also my inner kid. This could have infinite applications, such as smart clothes that could adapt to different situations, military applications or even food printing.

During those days, I also attended to a good bunch of conferences about energy, and I’m saving for the end the ones that had the strongest impact on me . It was, by far, the Blockchain. 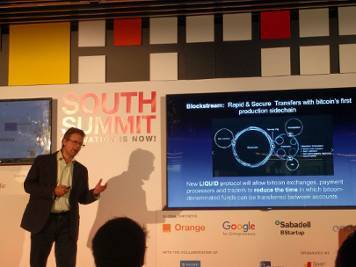 When you talk about Blockchain, everyone knows a little bit about it. Is that thing behind Bitcoin right? Is something about decentralizing something else right? Does it have something to do with miners? And sure, all of that’s true but it does not really contribute to anything fruitful.

Well during those two conferences (one took place the 5th, the other the 7th), a real group of Blockchain experts gathered there and could present an understandable overview of the state of the art of that technology. And that’s not an easy thing, since in order to talk about Blockchain you have to cover topics so different such as programming, economics, legislation, cyber-security, markets... Not an easy task, to put together a group of people who can cover all those edges.

One of the applications of Blockchain that awakes more interest in terms of energy is the possibility of using the digital signature that every user print in each package once he receives and/or sends it, to create smart contracts that could help tracking the exact actual consumption of every node in the electricity grid. 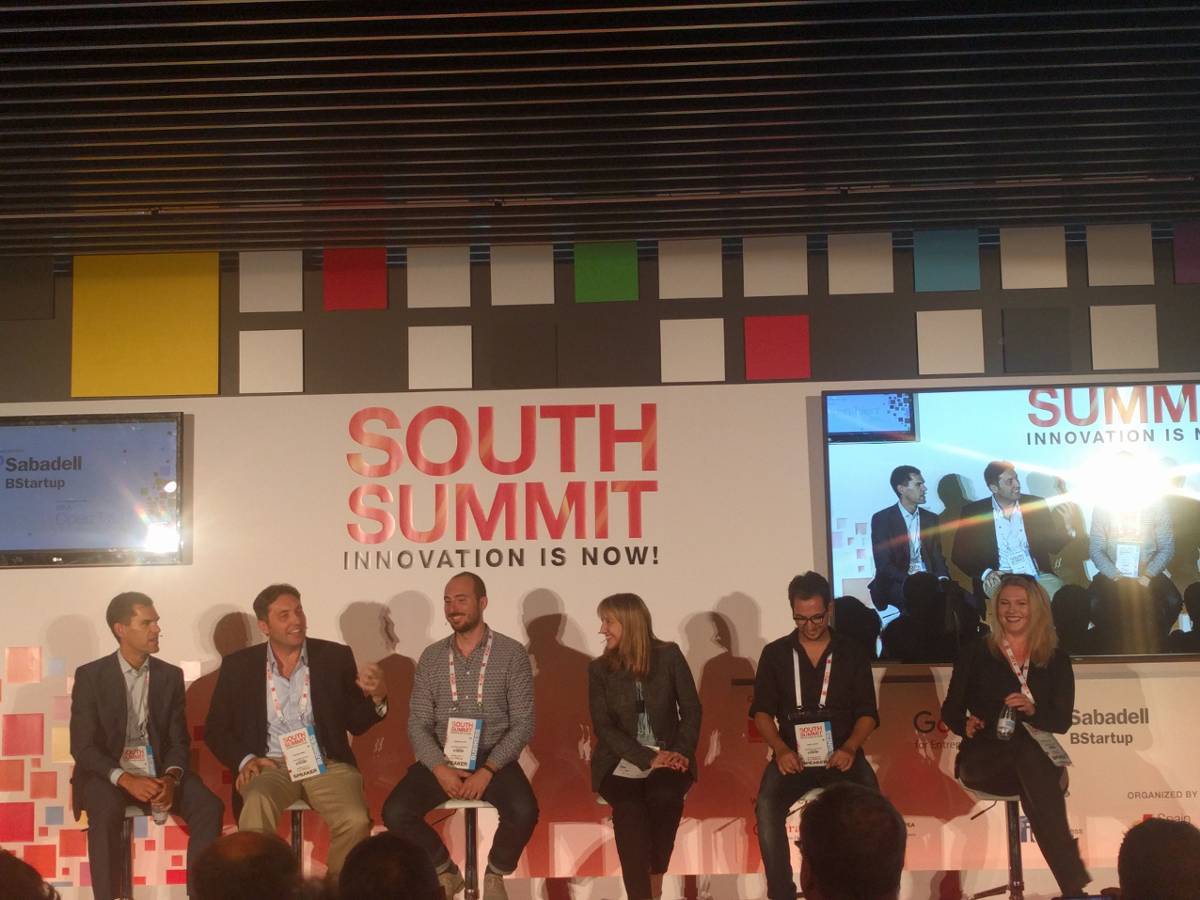 Lost already? Well I’m probably not the person who explains it the best, so I would really like to encourage you to look for more information about it. This topic is immense and demands time and work to get you into it. The awesome thing is that this application could lead to the decentralization of an optimized energy market. Cool, right?

And that’s only one of its energy related applications. Blockchain can (and probably will) take over countless different fields. Once of them is the handling of intellectual property. A smart contract can create the definitive prove of ownership. Another one, and it was very clear to me that many parties have tremendous interests in this one, was the smart banking.

Imagine a super-secure network, almost impossible to hack, where all the users have interest in keeping the packages of information that are exchanged through the system secure. Sounds good right? Well now substitute “information” by money, and you just got the future banking system that the banks want to invest in. Decentralizing a service like the banking one would redefine the relationship of every citizen with his savings. No more humongous databases in every bank server, since every user will update the system real-time every time he executes a transaction. Decentralizing the system means that there is no central server that needs to be contacted and wait for its response in order to get your money. That means, among other things, no more waiting time at the ATM in order to withdraw your cash. Quite awesome.

And last but not least, the startup competition. Such a marvelous group of young entrepreneurs that are investing all their energy, resources and basically lifetime in pursuing their dreams. Sounds too poetic but that’s how I see it. It honestly makes me want to be on the stage defending my own idea really soon.

Some of them were lucky (or better) enough to win the competition. The others only earned the experience. But all of them shared a common space for three days, and I’m curious on how many synergies, opportunities and collaborations were born in there.

To summarize, it was an amazing experience that I’m really looking forward to repeat whenever I have the chance. I’m really thankful that my role in the CommUnity as Local Manager in Barcelona could give me the opportunity of attending to such an interesting and enlightening event.

A day in the InnoEnergy life of Jacopo Sala

October Speaker Series Barcelona: Alfons Cornella – Hints From the Life of an Entrepreneur