On June 5th 2017, the  gathered together to participate in a new event called Show and Tell. This new concept within the Forum aims at providing InnoEnergy students and alumni an opportunity to share interesting ideas, projects, experiences or even rehearse their master thesis presentations. The triggers for the organisation of this event were: the need of 2nd Year Students getting exposure and showing their master’s work thus far, along with the fact that 1st Year Students are soon moving to other countries and embarking on new projects. Therefore, this was the first test of what will become bigger in the future, with the involvement of third parties in the event. The Show and Tell proceeded with the participation of five speakers. They were all InnoEnergy students who volunteered to show their work and research and were looking forward to either start a debate or to get people on board with their personal projects. 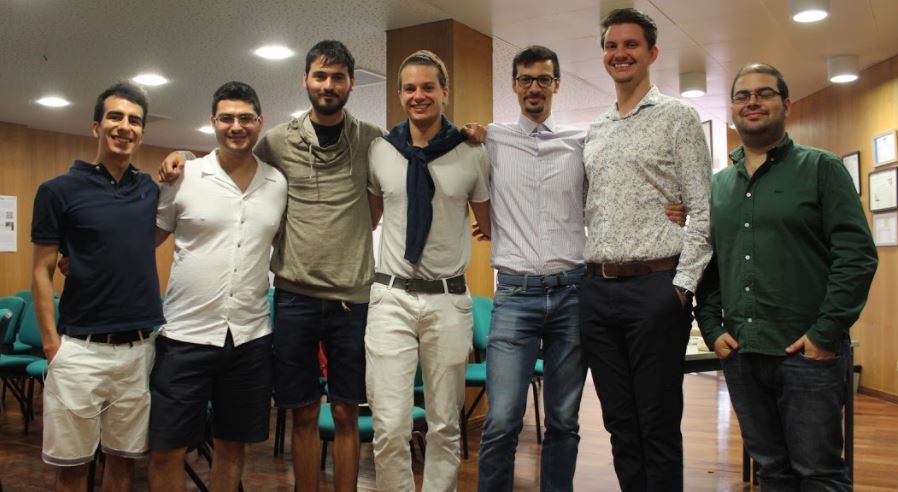 CommUnity members, presenters, and some attendees of the Lisbon CommUnity's event

The first speaker was Carmine Piparo presenting “A Student’s Perspective”. The presentation was about an inspiring and personal journey inside the SELECT programme which told the story of opportunities, challenges and how far you can go with them. Carmine, along with his university colleagues, worked on two interesting projects: “Faroe Islands Sustainable Energy Transition” during his first year and “ENZEC - Envisioning Net Zero Energy Community” during his second year. The first project consisted of developing a system which enables the Faroe Islands to benefit from their good renewable energy resources without compromising their need for a stable and secure energy supply. This was also part of the SELECT Grand Challenge (formerly the ‘Project of the Year’ or PoY) chosen by his team. The second project objective was to explore potential business plans that can allow for community level microgrids involving existing buildings within the current legislative structure. Both projects gave him interesting insights and valuable knowledge, obtained thanks to the work done with his colleagues and the contact with the local population directly interested in the project development. Lastly he talked about his work done for a soon-to-be born start-up as representative in a Bio-Economy conference for the Danube Region. Interesting fact: the conference was based on a “Triple-Helix” approach, it included the participation of government employees, industry delegates and university representatives.

He was followed by Milan Zlatkovikj (a contributor the CommUnity Post) who was looking forward to rehearse his master thesis presentation and answer questions about the work he put in during the semester. The topic was about the use of cold energy of Liquefied Natural Gas in the regasification process. He showed how he evaluated and optimised the implemented cycles in established terminals in order to reduce the carbon footprint of the LNG industry. 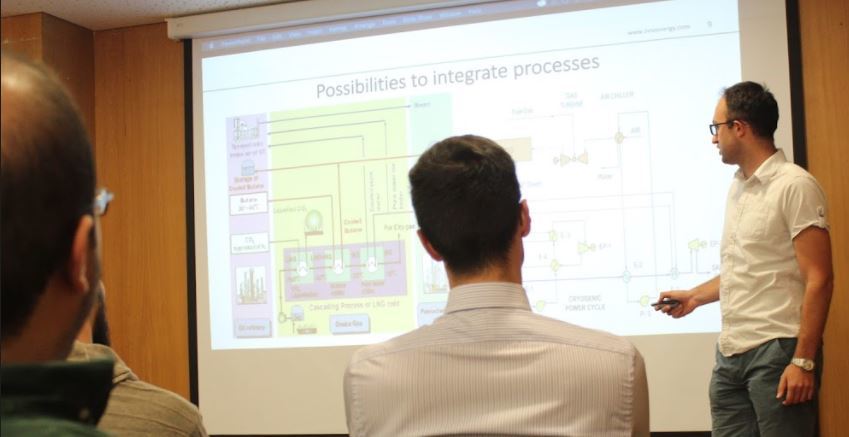 Later, Ovidiu Popa brought to the table a debate about Electricity Production, the pros and cons of using Concentrated Solar Power (CSP) and  Photovoltaics (PV). He wondered why people in the world invest and use so much PV and not CSP. As an engineer, he saw that CSP has a very good performance in certain areas with a lot of sun but, despite this, there are more PVs installed even in those regions. His curiosity led to both a technological and economical analysis. His conclusion was that the use of either CSP or PV is highly dependent on the placement and use of the power plant.

Then I, Rafael Martins, as a board member of the , was eager to share my experience inside that group. By the time I joined, my main goal was to improve my English skills and to be in touch with the sustainability and energy world by reading my peer’s articles. That was great, however the best part was being rewarded for my constant presence and commitment with a trip to Barcelona in April this year, where I met other fellow members. Thanks to this, I am now positioned to have more responsibilities and to start exploring and contributing in design affairs. I urged (and still urge) others to take chances as I did, to be involved in innovative projects and to learn new things.

And last but not least, Michele Andreoli concluded the event with the presentation of his thesis about a Photovoltaic thermal hybrid solar collectors (PVT), a study of the water dynamics in the PVT concentrators system pipes. He also brought his learning experience from ESADE Business and Law School, raising the audience’s awareness to work in teams, be constructive and not destructive and put differences aside.

Per Carmine, who was also one of organisers of this 1st Edition, “the event has a huge potential but few improvements and modifications must be applied”. Knowing the first test was successful, now the CommUnity members are willing to take a step forward and make it bigger with a  wider public, companies and external speakers. Nevertheless, “it was really nice to have the opportunity to exchange knowledge among the CommUnity.” - Ovidiu stated - “I got the chance to practice and receive feedback on my presentation”. And that was what the event was all about, to show and tell (pun intended), to share and learn.