How 14th Century Italy can help us fight Climate Change

There are two words in today’s discourse that are guaranteed to glaze eyes over and numb minds to a standstill:

The problem with climate change is that it’s not an avalanche. Anyone who sees thousands of tons of snow tumbling uncontrollably towards them is going to move the hell out of the way. A few snowflakes bundled together into a snowball, on the other hand? Of course we wouldn’t care. And that’s where we’re at right now. But there’s an expiry date for how long we can kid ourselves.

One could argue that there is now widespread awareness of climate change. There are annual climate marches, increasingly ambitious government plans to shift to renewables and to top it all off, a 194-country joint agreement in Paris. And yet we’re looking at a future with a 2-degree temperature rise by 2030 at the very best and up to a 6-degree at the very worst. So what’s missing here? The technology? No. The economics? Definitely not.

The single biggest obstacle to aggressively tackling climate change? Simple. It’s a lack of political will.

We need a revolution, not an evolution. We need our leaders to push hard on this and push on it together, to share expertise across countries, to help those most in need and to constantly pour money into R&D. But they’re not doing it quickly enough or aggressively enough. What is the solution then? Change out our leaders? We’ve done that over the last decade and while there have been improvements, there has not been and never will be a ‘messiah’ that gathers the will to solve all our problems.

And the reason we should stop expecting politicians to lead on this is simple:

Political will stems from the will of the constituents.

Politicians generally only act when they sense the overwhelming pressure and adamant demands of their people. So it’s on us. And again, as pointed out earlier, it’s not that we don’t care. It’s just that the problem isn’t in-our-face-enough yet. The avalanche is still not visible.

But we cannot afford to wait for that long.

So how do we communicate climate change? Previous attempts have partially succeeded at it and have used statistics, projections and a degree of fear-mongering. It’s definitely been effective to some extent and I myself am proof of that. However, we’re yet to see the mass mobilisation, the complete cultural shift and full public engagement needed to move the needle enough on this.

And that is because the topic of climate change glazes eyes over and numbs minds. So when numbers and warnings fail, what do we turn to?

Then, we turn to art.

Why art? Because art makes us think without us realising it. It uses our senses to invoke emotions and start conversations. It has the capacity to be simultaneously pleasing and terrifying while having an uncanny ability to stick in our minds.

Art has given people solace during hard times, inspired them to action during times of injustice and has captured the mood of a world when words simply were not enough, whether it was Edwin Starr’s “War”, which became the musical anthem for those opposing the Vietnam War; Banksy’s “Les Mis”, which depicted a haunting portrayal of the refugees’ plight or even the documentary “Blackfish” which almost single-handedly forced SeaWorld to stop holding orcas in captivity. 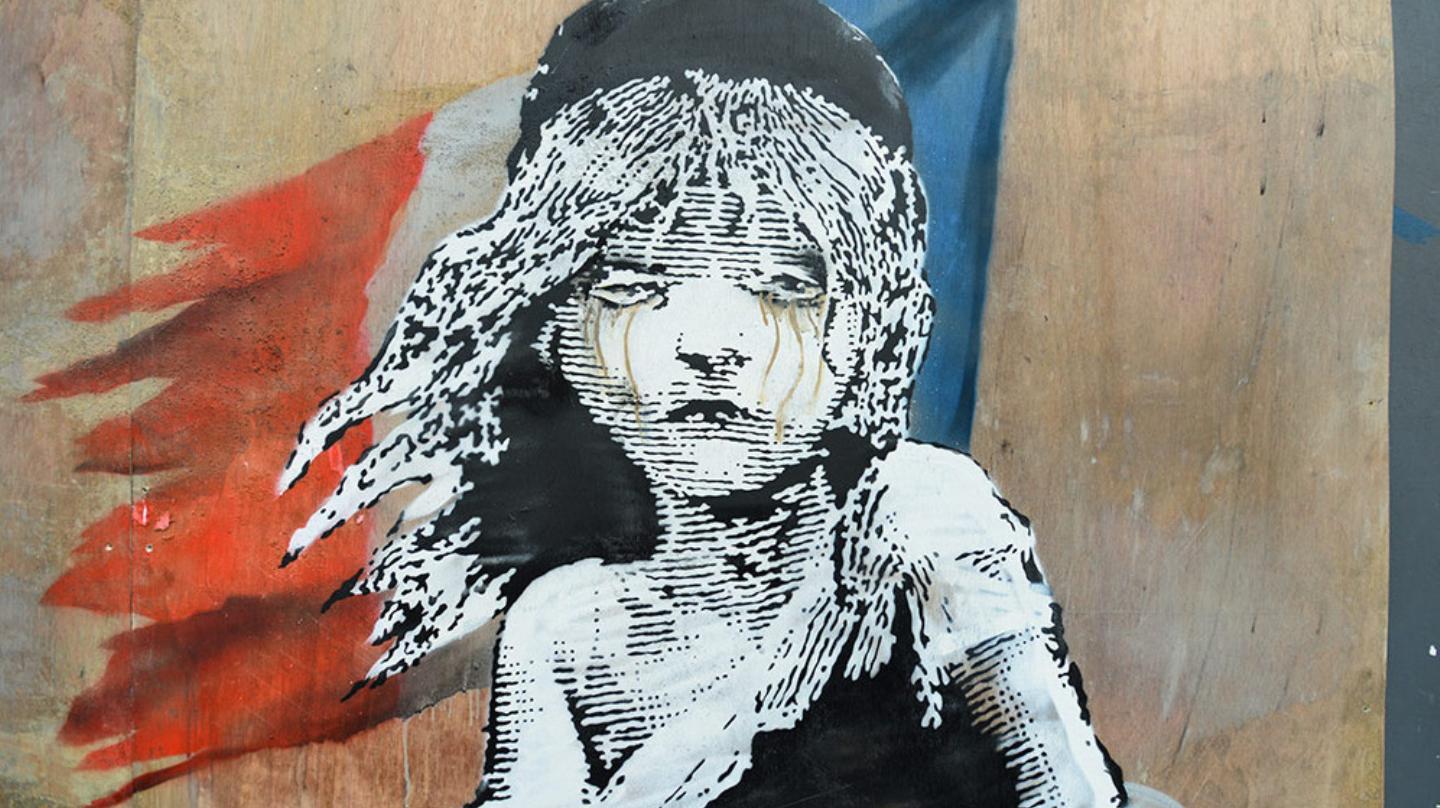 Art can sustain us. Art can inspire us. And art can change us.

And while there have been fantastic documentaries like “The Inconvenient Truth” and “Cowspiracy”, sustainability as a mindset and a movement has not yet cemented itself in the minds of the public. And we need it to do so. We need it to avert the worst of climate change.

So how can we sustain art and use it to build movements, change minds and cultures?

For that, we travel back over 700 years to 14th Century Italy, a place of unstoppable art and creativity that spawned an era we now call the Renaissance. 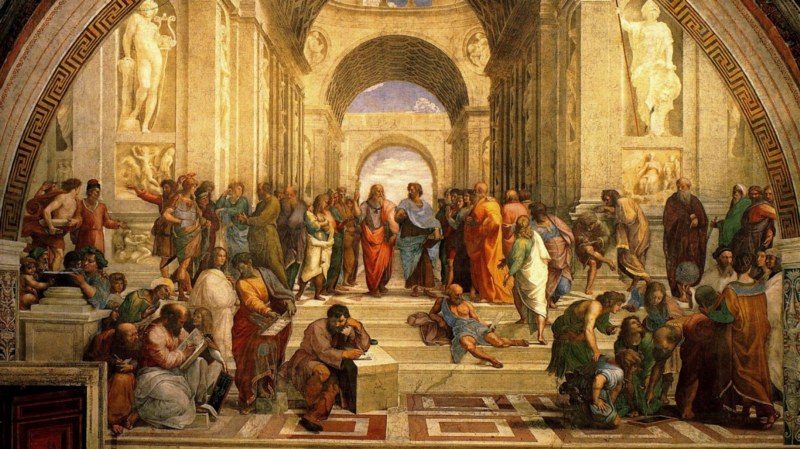 The School of Athens, one of the Renaissance’s most famous paintings.

Coming out of the deadly Black Plague, the Renaissance was marked by a return to humanism, a concept where the universe revolves around us humans, rather than divine or supernatural powers. The period was a supernova on the art-time scale, lasting several decades and developing some of the greatest artists of all time:  Michelangelo, Da Vinci, Raffaello, Donatello, and Botticelli. These geniuses created masterpieces in painting, sculpture and architecture that are venerated to this very day.

Art in 14th century Italy worked differently than it does now. Artists often had patrons - wealthy individuals who would steadily support their livelihoods, giving them the freedom to create. All of the above artistic geniuses had one patron in common, one wealthy family that can take significant credit for the Renaissance itself. That family was the Medici’s.

The Medicis believed in the qualities of humanism, i.e. a vision of beauty & truth expressed through human rather than divine power. Both Cosimo and Lorenzo de Medici were humanist scholars and they helped locate & acquire ancient (often Greek) manuscripts that touted the principles of humanism. Looking to propagate the humanist ideals, they sponsored those artists that reflected their philosophy, which is partly why Renaissance art often depicts humans as full of life and beautiful, as compared to the era preceding it, that often showed them as frail and lifeless.

So, what was so special about the Renaissance? How did it develop so many brilliant artists simultaneously while bringing about a cultural revolution? It wasn’t that it had an unusually high concentration of talent or money.

Rather, the Renaissance had a thought leadership in art.

The Medicis exercised this leadership through their immense wealth and humanist vision to influence artists to unify under a philosophy. It was their fortune and imagination that created a space for these artists to come together, compete and create. And the rest as they say, is history.

Back in our present day, we know that tackling climate change requires a revolution. Not just a technological or economic one. But a cultural one. The planet cannot sustain how we consume and how we dispose. Not for long.

So maybe art can help us. Maybe we need our own 21st century Medici’s. An individual or a group of individuals with the required wealth and more importantly, the right vision for art. A vision for a cleaner, greener and more peaceful world. A better world that stems from a sustainable society. And a society whose members are aware, care and act for their environment. Every day.

Disclaimer: The views and opinions expressed in this article are the author’s alone and do not necessarily reflect the positions of the Community Post or CommUnity by InnoEnergy.